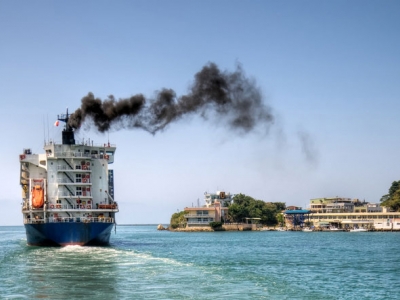 Funded by the Economic & Social Research Council (ESRC) the research was carried out by the Seafarers International Research Centre (SIRC), an internationally-renowned research centre based at the Cardiff School of Social Sciences.

Canada to address marine pollution from shipwreck in British Columbia

Emission Control Areas (ECAs) were set up by the International Maritime Organisation (a UN agency) in the Baltic in 2006, in the North Sea/English Channel in 2007, and in North America in 2012. Restrictions were placed on the sulphur levels in fuel that ships would be permitted to burn in the ECAs.

Professor Michael Bloor, Professorial Fellow at SIRC, said: “It is clear that the large majority of ship operators are complying with regulations, but there is evidence that a minority of berthing ships in the UK and Sweden are burning non-compliant fuel.

“In many cases this is inadvertent, due to faulty changeover procedure when a vessel switches from high-sulphur to low-sulphur fuel. But there are other cases where conscious non-compliance seems to have occurred. Potential rewards of non-compliance (in lower fuel costs) are considerable” Professor Bloor added.

Recommendations designed to increase compliance, including the piloting of different fuel sampling/testing kits by the UK Maritime & Coastguard Agency, are included in a final report (Bloor et al. 2013a)downloadable from the SIRC website.

A separate final report on enforcement issues associated with the future regulation of ships’ carbon emissions (Bloor et al 2013b) is also downloadable from the SIRC website: