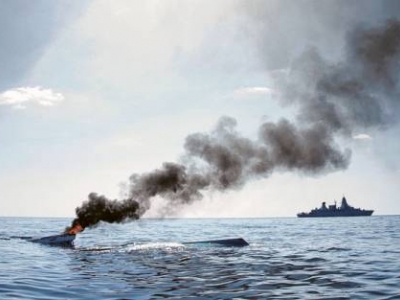 Google And The Somali Pirates

An official from Google recently announced at a defense technology conference that his firm would soon roll out a feature that would allow any Internet user to track all ships at sea, including U.S. Navy warships, in real time. The Google official was angry that the navy itself did not have this capability. This shocked many in the audience and later embarrassed the Google official. Turns out that the navy has had this tracking capability since the 1980s, when it began equipping its ships with AIS (Automatic Identification System) transmitters that all large ships are required to carry in order to qualify for insurance.

For more than a decade satellites have been used to more rapidly collect and distribute the AIS transmissions, making it easier for these large ships to be tracked. Shipping companies are the main users of this information. The U.S. Navy has used the AIS monitoring system since the 1980s.

The navy, however, can turn off certain AIS information as needed. For example, the warships can only transmit location but not name of the ship. This tells mariners and others (like Google users and Somali pirates) with access to AIS information that a large ship is at a certain location. The U.S. Navy sometimes has its ships turn off AIS altogether. Naturally, smaller, uninsured ships do not carry AIS and are more likely to be carrying illegal cargo. Smugglers with AIS can turn it off, although that can also raises suspicions if someone notes that AIS signal being turned off. The U.S. Navy will not discuss its capabilities to use AIS for deception.

AIS was originally developed to avoid collisions in bad weather. Ships at sea can pick up AIS signals up to 40 kilometers away. Googles "innovation" was to use space satellites to pick up the AIS signals and pass them on to everyone using the Internet. Others had been using satellites this way for years. The U.S. Coast Guard, for example, began collecting AIS signals via satellite in order to have a real time picture of what large ships were in or near American waters.