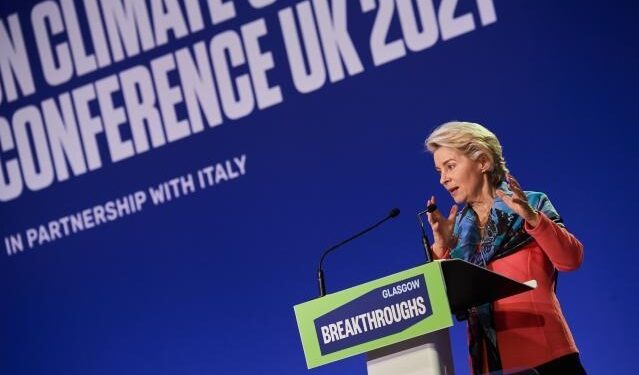 Following the launch of COP26 methane reduction pledge, which aims to cut methane emissions by 30% compared to 2020, over than 100 countries have signed onto the pledge.

Namely, countries that joined the Global Methane Pledge commit to a collective goal of reducing global methane emissions by at least 30 percent from 2020 levels by 2030. Delivering on the Pledge would reduce warming by at least 0.2 degrees Celsius by 2050.

Today global methane emissions grow faster than at any time in the past. So cutting back on methane emissions is one of the most effective things we can do to reduce near-term global warming and keep 1.5 degrees Celsius. It is the lowest-hanging fruit.

#COP26 Global Methane Pledge aims to catalyze action & strengthen support for intl. methane emission reduction initiatives. Those joining the Pledge agree to take action towards reducing global methane emissions at least 30% by 2030, which may eliminate over 0.2˚C warming by 2050

We have to act now. We need big structural changes, yes, to reach 2050 climate neutrality. But we cannot wait for 2050. We have to cut emissions fast. And methane is one of the gases we can cut fastest. Doing that will immediately slow down climate change. Because we all know that methane is a powerful greenhouse gas.

Among others, the countries that signed up to the pledge include 15 of the world’s top 30 methane emitters: the United States, EU, Indonesia, Pakistan, Argentina, Mexico, Nigeria, Iraq, Vietnam, Canada and Brazil.

Speaking of emissions, IMO’s fourth GHG study, revealed that methane emissions from the maritime sector saw an 87% increase. This surge “was driven by both an increase in consumption of LNG, but the absolute increase is dominated by a change in the machinery mix associated with the use of LNG as a fuel, with a significant increase in the use of dual-fuel machinery that has higher specific exhaust emissions of CH4 [methane]”.