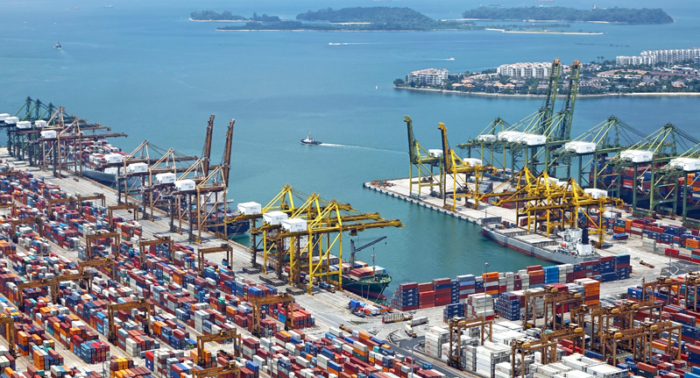 In February 2019, the global container port throughput index declined to 114 points, after reaching 131 points in January, according to Drewry’s latest assessment for April 2019. This was mainly due to the Chinese New Year celebrated in February 2019 which dampened activity levels. 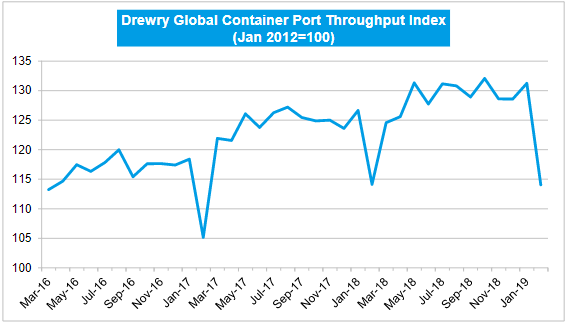 After reaching its highest level of close to 144 points in January, China witnessed its largest monthly decline of 34.5 points (24%) in February 2019. However the annual decline was much lower at 2.4%.

After China, North America witnessed the second largest monthly decline of close to 17 points in February 2019. However, on an annual basis it was almost the same compared to February 2018.

Finally, Africa was the only world region which saw a monthly increase (close to 2%) in Feb 2019, although it was 15.6% down compared to a year ago. However, index figures for Africa are based on a relatively small sample.

The Drewry Container Port Throughput Indices are a series of volume growth/decline indices based on monthly throughput data for a sample of over 220 ports worldwide, representing over 75% of global volumes. The base point for the indices is January 2012 = 100.