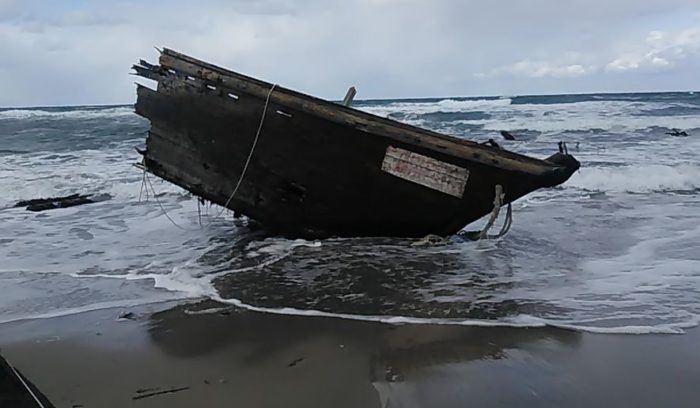 Ghost ship with human remains washes up on Japanese coast

A suspected North Korean "ghost ship" with seven badly decomposed bodies onboard washed up on a Japanese island on 28 December, local officials announced. The remains were found in a broken vessel.

A police officer made the gruesome discovery, as the vessel washed up on the shore of Sado Island, which lies around 900 km from North Korea across the Sea of Japan, local media report.

The discovered bodies were "partially skeletonized", while two decapitated heads were also found onboard. Five of the bodies were identified as men but the remaining two could not be identified.

Korean alphabet and numbers were painted on the wooden boat, which was broken in half, creating assumptions that the vessel came from North Korea.

This is not the first such incident reported in Japanese coasts.

In 2019, at least 156 suspected North Korean fishing vessels have washed up on Japan’s coast or been found drifting in Japanese waters, according to the Japanese newspaper Yomiuri Shimbun.

North Korean fishermen are typically travelling far out to sea on old and poorly equipped vessels and in harsh environmental conditions brought up by the Japanese winter.

The Japanese police and coast guard are investigating this case.