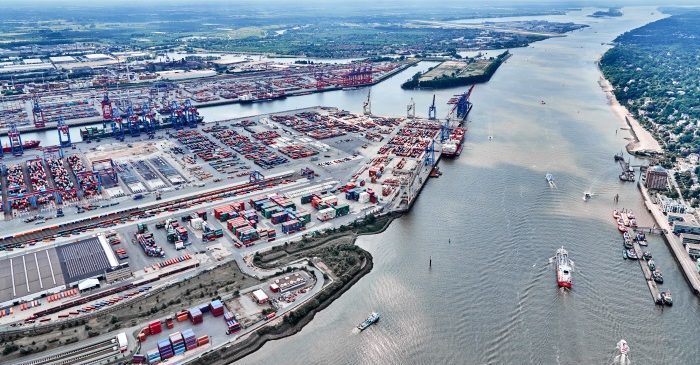 The German Shipowners’ Association recently issued new figures focused on the situation of the German shipping industry. As the statistics showed, Germany remains the 5th shipping country, holding a 4.9% share of the global marine fleet, a 0.6% points drop in comparison to last year.

In fact, at the end of 2019 a total amount of 2.140 vessels were registered in German shipping registers, with a gross tonnage of 52.8 billion. Meaning 184 fewer ships or 4.7 million less in gross tonnage than the previous year.

For the records, Germany is no longer the biggest country for the container shipping by total TEU, but only by number of container ships. The Association’s President, Alfred Hartmann said:

It was clear that China would overtake us here: on the one hand, much larger container ships are simply being built today, and on the other hand, they are an expected follow-up to the long crisis after 2009.

Although, several companies are cautiously optimistic about the shipping’s future, following the years of the crisis and their sometimes painful reappraisal, many would again look to the future and its challenges, according to Mr. Hartmann.

Antigua & Barbuda along with Liberia, remain the most recognized individual flag states of the German fleet, with high safety and quality standards.

Despite the drop in the amount of ships,  the number of the crewmembers managed to stable at 8.265 employees.

This success story is also reflected in the vocational training figures. 420 sea apprentices joined in 2019 and 249 signed up onshore, thus outstrip-ping the previous year’s figures for employees on board.

Concluding, Germany remains characterized by a large number of small to medium-sized enterprises (SMEs). Some 80% of German shipping companies operate fewer than 10 ships.