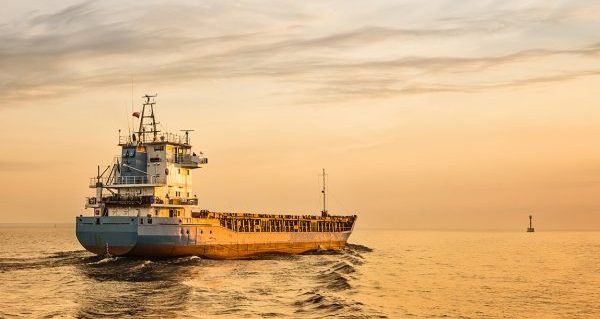 BIMCO's analyst, Mr Peter Sand published its analysis on the tanker market, highlighting that after the downfall the market experienced in October, it made a bounce reaching a peak in late November and early December. As prices were pushed down by all-time high Saudi Arabian crude oil production that peaked at 11.1m barrels per day in November. Earnings for all sizes of crude oil tankers touched USD 50,000 per day as they finaly peaked.

Specifically, the analyst comments on the rise as being like 'a bounce for a dead cat'. 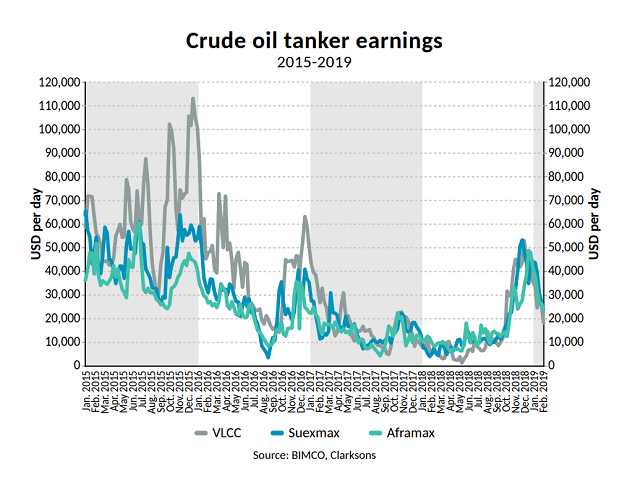 The earnings coming from oil product tankers increased in December.

As OPEX and CAPEX decreased, all crude oil tanker spot fixtures made in Q4-2018 were profitable.

Additionally, Mr Sand stated that there will not be a striking change in the market between charterers and owners, as he commented that the market is 'poor'.

Global refiners increased throughput because many products were shipped and stored at various facilities globally.

An important sector on the oil tanker market was the US crude oil exports. The highlight was when the US exports reached the 8.6 million tonnes in October 2018.

The conclusion is that the US crude oil exports recovered rapidly, successfully avoiding the risks from the China trade war.

Moreover, exports out of Iran have decreased, but it has been more than offset by increased production and exports elsewhere in the Gulf region – mainly by Saudi Arabia in Q4-2018 – as geopolitics ended up in the driving seat and Saudi Arabia flooded the oil market.

BIMCO expects that in 2019 the high fleet growth will become a challenge, and foresees 3.4% fleet development for the whole year.

Also, based on the order book, the analyst notes that new-build deliveries will be mostly on VLCCs.

For crude oil tankers, the size of the order book is 50 million DWT, with close to half of this expected to be launched in 2019.

However, in 2019 the fleet growth experienced a variety:

BIMCO similarly expects higher fleet growth for the oil product tanker sector, primarily on the back of much lower demolition activity.

Finally, BIMCO supports that the oil market is connected to geopolitics. Also, the tension between the US and Venezuela may seriously affect crude oil exports.

EIA's Annual Energy Outlook 2019 will keep on growing every year until 2027.