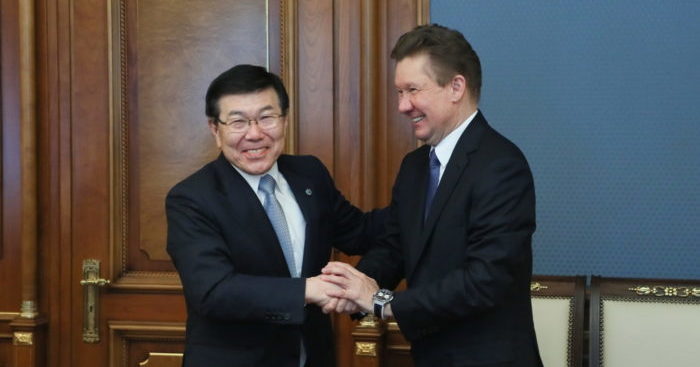 Alexey Miller, Chairman of Russia’s Gazprom Management Committee, met with Masami Iijima, Chairman of the Board of Directors of Japanese Mitsui & Co., Ltd., in Moscow on 22 January. The parties discussed current issues related to bilateral collaboration, including the Sakhalin II project.

Gazprom and Mitsui are partners in the Sakhalin II project, which includes Russia’s first LNG plant. The Sakhalin II operator is Sakhalin Energy Investment Company Ltd. The project includes the ongoing development of the Piltun-Astokhskoye and Lunskoye oil and gas fields in the Sea of Okhotsk.

In their meeting Tuesday, Alexey Miller and Masami Iijima also considered the avenues for further cooperation, paying particular attention to the Baltic LNG project. A joint design concept (pre-FEED) is currently being developed for the project.

Baltic LNG is an LNG plant in the Leningrad Region. The potential target markets for the project include countries in the Atlantic region, Middle East, and South Asia, as well as small-scale LNG markets in the areas of the Baltic and North Seas. The possibility of LNG swap deals is also under consideration.

The plant will be built near the seaport of Ust-Luga. Its annual capacity will amount to 10 million tons.

In September 2018, the two companies signed the MoU on the Baltic LNG project.