Funding on the horizon for North Sea carbon storage project 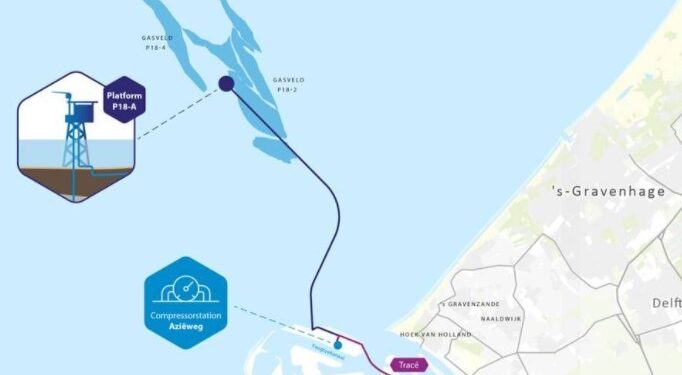 For a period of 15 years, Porthos will be storing some 2.5 Mt of CO2 per year, supplied by the Rotterdam locations of Air Liquide, Air Products, ExxonMobil and Shell, in the North Sea seabed.

This equals to 10% of the total emissions produced by Rotterdam’s industrial sector. As a result, the Porthos project will significantly contribute to the Netherlands’s achievement of its climate targets.

The European Commission plans to financially support the construction of Porthos because Carbon Capture and Storage is considered as a necessary measure to keep global warming below 2 degrees Celsius. Carbon storage also plays a key role in the recent Green Deal drawn up by the European Commission.

The Porthos project is focussing on the large-scale storage of CO2 within the EU. The public funding will come from the budget of the Connecting Europe Facility.

Part of the EU contribution will be used to construct a future-proof CO2 pipeline across the port area. The capacity of this pipeline will be such that other companies can also make use of the facility. This prevents  the need for constructing a second pipeline in the future.

Porthos is a joint venture of EBN, Gasunie and the Port of Rotterdam Authority. Companies will be charged a fee for having their carbon emissions transported and stored by the Porthos network. The precise amount of this fee is determined by the costs incurred by Porthos for the system’s construction and exploitation.

Over the course of 2021, it will become clear whether this funding will actually be awarded. Permit applications also need to be approved that year. Porthos and the four participating firms will make their final investment decision based on these results.

According to planning, the Porthos system will be constructed over the course of 2022 and 2023 and taken into operation in 2024.