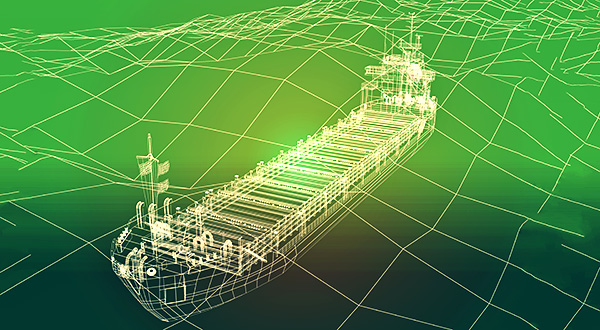 IMO, the Global Environment Facility (GEF) and the United Nations Development Programme (UNDP) have signed an agreement to allocate US$2.0 million to a two-year global maritime energy efficiency partnership project, which aims to support increased uptake and implementation of energy-efficiency measures for shipping.

INTERCARGO: Net-zero by 2050 can only be achieved with alternative zero carbon fuels

The so-called GloMEEP project, formally designated “Transforming the Global Maritime Transport Industry towards a Low Carbon Future through Improved Energy Efficiency”, will focus in particular on building capacity to implement technical and operational measures in developing countries, where shipping is increasingly concentrated. The aim is to promote a low-carbon maritime sector, in order to minimize the adverse impacts of shipping emissions on climate change, ocean acidification and local air quality.

Besides the GEF financing for GloMEEP, other funds will be mobilized in the form of in-kind and financial donations, to a projected total of some US$13.8 million.

A number of events related to the implementation of the GloMEEP project are expected to be held alongside the two-day inaugural Future-Ready Shipping 2015 Conference, the joint IMO-Singapore International Conference on Maritime Technology Transfer and Capacity Building, to be held in Singapore on 28-29 September 2015. The conference will gather maritime leaders to discuss ways forward in encouraging the uptake of energy-efficient ship technologies. It is envisaged that the official launch and commissioning of the GloMEEP project and associated global project task force and inception meetings will be held during and after the conference.

Mandatory technical and operational energy-efficiency measures were adopted by Parties to Annex VI of the International Convention for the Prevention of Pollution from Ships (MARPOL) in July 2011 and they entered into force on 1 January 2013. These regulations make mandatory the Energy Efficiency Design Index (EEDI) for certain types of new ships, and the Ship Energy Efficiency Management Plan (SEEMP) for all ships. Since the entry into force of the regulations on energy efficiency for ships in 2013, further work has been undertaken to extend the scope of application of the EEDI to include several additional ship types, to further develop guidelines to support uniform implementation, and to promote technology transfer.

IMO’s third study on greenhouse gas emissions from ships (2014) estimates that international shipping emitted 796 million tonnes of carbon dioxide (CO2) in 2012, down from 885 million tonnes in 2007. This represented 2.2% of the global emissions of CO2 in 2012, down from 2.8% in 2007. However, the study’s “business as usual” scenarios forecast a growth in CO2 emissions for international maritime transport of between 50% to 250% in the period to 2050, depending on future economic and energy developments.

In the beginning, I was frank with you propecia before and after has changed my life. It has become much more fun, and now I have to run. Just as it is improbable to sit.