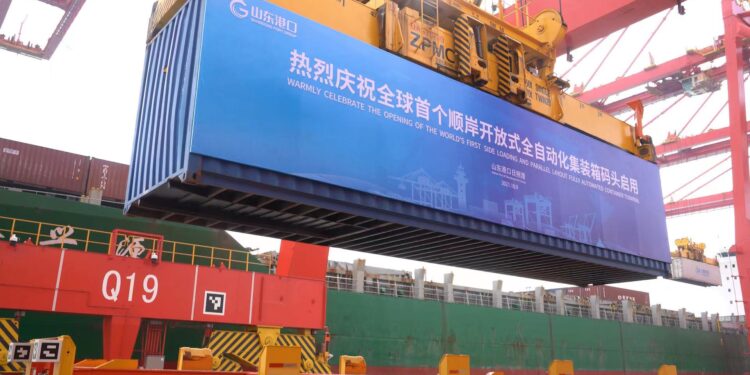 As informed, Oct 9 marked a major milestone for Rizhao Port with the opening there of the world’s first side-loading and parallel-layout fully automated container terminal.

Rizhao Port has realized the “less running” of automated track cranes and the “free movement” of trucks in the yard, reducing the comprehensive energy consumption of a single container by 50%.

At the same time, it successfully solved the world-class problem that usually requires the supervision of “safety officers” in unmanned trucking operations, and realized the full working conditions and large-scale operation of unmanned trucks in the true sense.

On the basis of traditional terminals, a fully automated container terminal with “remote control quay cranes, automated rail cranes, and unmanned trucks” as the basic layout has been built, and the overall cost has been reduced by 70%.

Rizhao Port has explored a way of “smart” manufacturing in China that can be replicated, promoted, and commercialized, making the fully automated container terminal an accessible target for more small and medium-sized container ports.