Friend of the Sea initiative to reduce whale-ship collisions

by The Editorial Team
in Safety, Sustainability 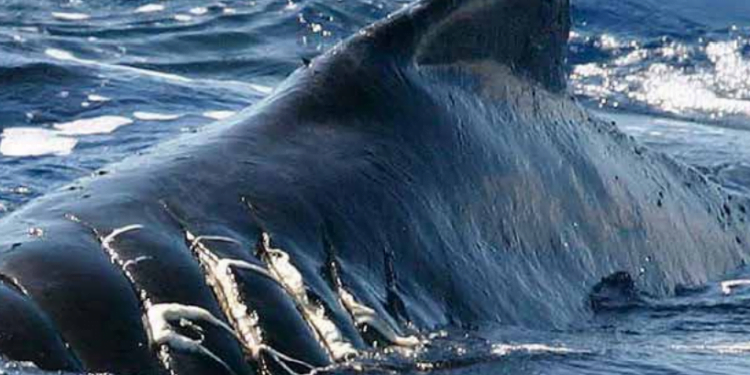 While 7 out of 13 great whale species are on the trajectory to extinction given pervasive overfishing and being caught as ‘by-catch’, colliding with ships has been identified as the main threat to whales in the Atlantic and Mediterranean Oceans.

According to World Sustainability Organisation, although ship collisions have been identified by the International Whaling Commission (IWC) as a significant threat to whale populations, the phenomenon remains widely unknown and research into preventative measures have consequently been neglected.

What is more, recent evidence has also revealed that small ships and even sailing boats travelling at slow speeds still exhibit a 90% mortality rate to whales and other large marine mammals in collision incident.

In light of the situation, Friend of the Sea, a global marine conservation project that certifies sustainable fisheries, aquacultures, and cosmetics, has now initiated the Sustainable Shipping and Whale-Safe Certification as a tangible contribution to ameliorate the issue.

For the records, the certification is awarded to ships that employ an array of on-board enhancements capable of identifying large mammals in the vicinity, notifying nearby vessels in the case, showcase robust evasive action protocols, and the technical capabilities to store collision information.

The criteria aims to attract critical attention, introduce a conventional standard of detection and help to propagate vital research to accurately illustrate the severity that collisions are inflicting towards already threatened whale populations.

Effective results in critical areas are urgent. For this, mitigation actions need to be conducted collaboratively. Monitoring and understanding the effects of shipping on our oceans is essential to focus efforts on mitigating the externalities generated by the activity, and to direct shipping companies towards more sustainable transport.