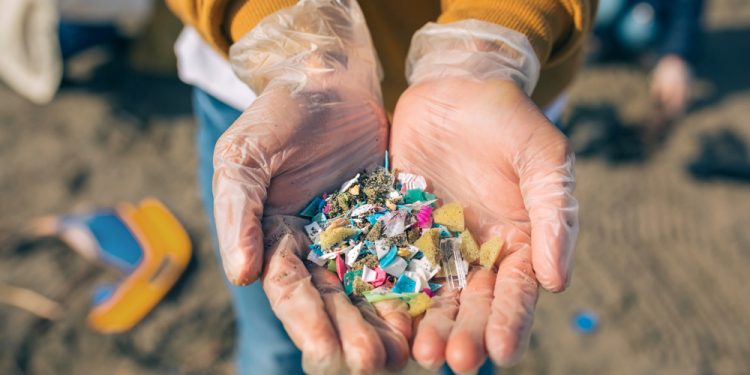 France will take legal action over an “environmental nightmare” caused by waves of tiny plastic beads washing up on its Atlantic coastline.

As the Guardian reports, the white pellets the size of grains of rice, nicknamed “mermaids’ tears”, appeared on beaches ranging from Brittany to locations in Spain for the last year. They are believed to have come from shipping containers lost in the Atlantic Ocean.

To alleviate the situation, dozens of volunteers turned up on France’s north-west coast to sift through the sand at Pornic in the department of Loire-Atlantique to collect some of the beads, formally called industrial plastic granules (IPG), measuring less than 1.5mm.

However, environmental activists admit it is a hopeless task, with Annick, a retiree who had filled the bottom of a yogurt pot with a few dozen pellets, saying that:

It’s more symbolic than anything else: I don’t think we’re going to pick up the whole container

Furthermore, Lionel Cheylus, a spokesperson for the Surfrider Foundation Europe, the campaign group that organized the clean-up operation, added that “these pellets are often lost but I’ve never known it this bad.”

What is more, Jean-Michel Brard, the mayor of Pornic, has filed a legal complaint along with two other politicians in the area – Yannick Moreau, mayor of another beachside town, Les Sables-d’Olonne, and the president of the Pays de la Loire region, Christelle Morançais.

Nevertheless, officials believe it is impossible to identify the origin of the beads.