When the Golden Ray car carrier capsized on September 8, four of its crewmembers went missing; The USCG began a search and rescue operation and finally rescued the remaining four crewmembers and transmitted them for medical care.

Specifically, the car carrier 'Golden Ray' capsized in St. Simons Sound, Brunswick, Georgia. Following the incident, the USCG stated that 20 people were rescued from the vessel, while four were missing.

When rescuing the remaining four, the USCG Capt. John Reed, the incident commander who was personally on the scene, commented

Thank you so much. That was amazing. The best day of my career, because you guys did that. 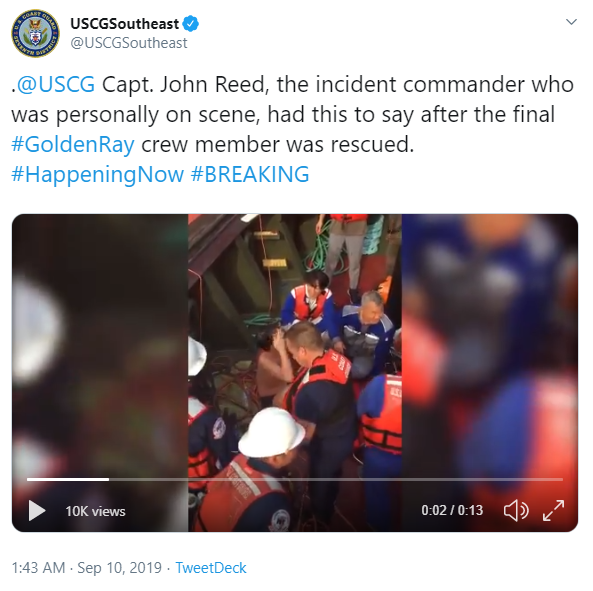 Later on, after saving all the crewmembers, the coast guard added that they would now focus on environmental protection, removing the vessel and resuming commence. 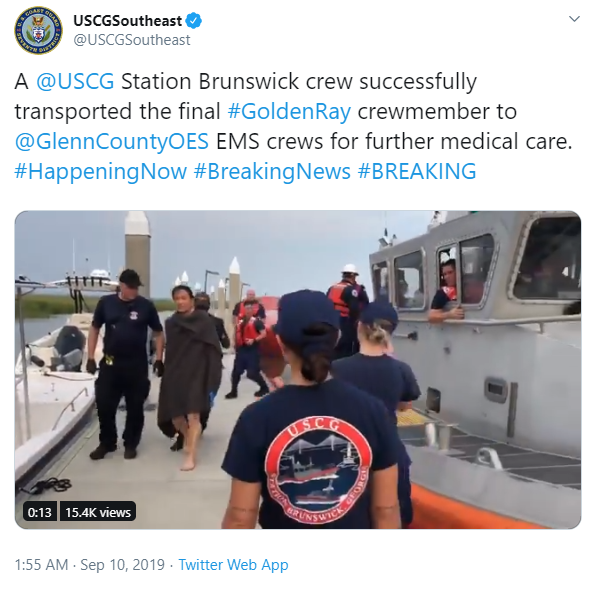