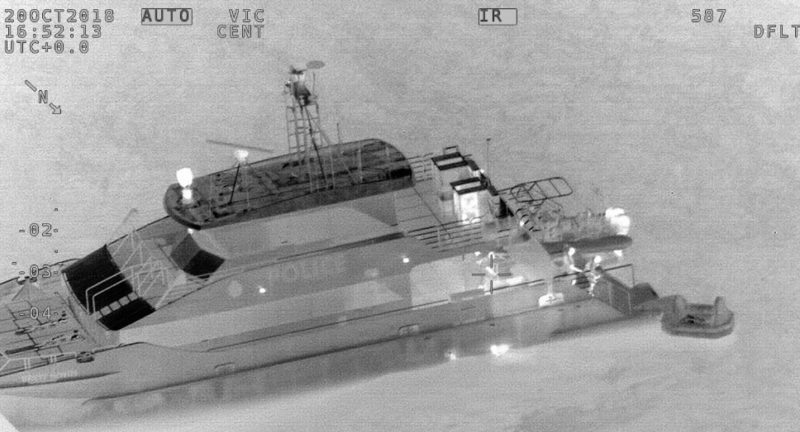 In the early hours of Sunday, 23 October, AMSA coordinated the rescue of four people from their sinking vessel about 90 kilometres north-east of Townsville. AMSA noted on the occasion that the fishermen had all the necessary safety equipment onboard, which eased the rescue operation.

The men were on a fishing trip when their vessel started taking on water and sinking. They activated their distress beacon at midnight on Saturday night and made a mayday call via radio.

AMSA tasked its Challenger search and rescue jet from Cairns and the Townsville rescue helicopter to go the scene. Also tasked was a catamaran charter boat in the area and the Townsville Water Police vessel. The catamaran reached the sinking vessel first, but the shallow reef prevented it from reaching the men.

Once the Challenger jet arrived on scene, the crew was able to use their night vision equipment to see the four men in the water with their lifejackets on, clinging to their esky. The helicopter then dropped a life raft, which the men able to climb into.

After around an hour and a half in the life raft, the Townsville Water Police reached the scene and recovered the men using a small tender vessel. The men were rescued safe and well at around 3.30 am local time and taken back to Townsville.

AMSA and our colleagues were able to rescue these men because they well prepared. The fishermen were carrying a GPS-encoded distress beacon, giving rescuers the most accurate information on their location. Their beacon was properly registered with AMSA, meaning our team could contact their families and find out exactly what trip they had planned. The fishermen were also carrying lifejackets for everyone on board, flares, and a marine radio.