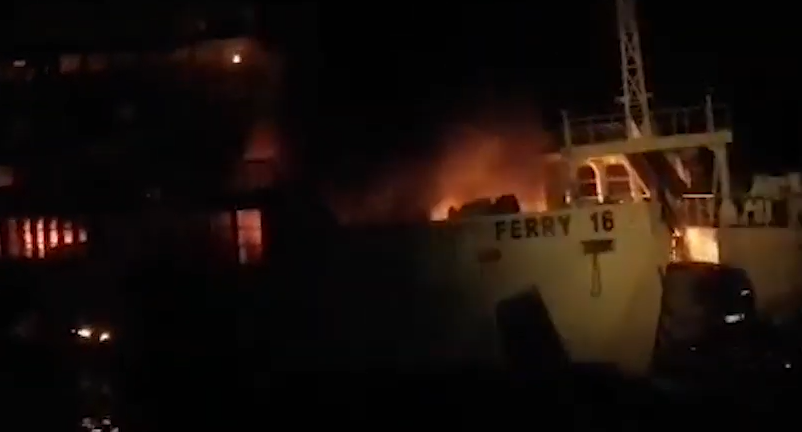 Four persons died and dozens are missing after a roll-on/on roll-off (RoRo) ship caught fire while at sea off Dapitan City, south Philippines, on Wednesday, local media reported. Meanwhile, over 100 passengers and crew have been rescued.

The four deceased were identified as Danilo Gomez, described as between 50 to 55-years-old, an infant named Chloe Labisig and Ronald G. Heneral from Sirawai town, Zamboanga del Norte, who was brought by fishermen to Selinog Island together with another unidentified fatality, according to data provided by the Philippine News Agency (PNA).

Reports say the M/V Lite Ferry 16 was carrying 150 passengers and 37 crew members when it left Samboan, Cebu, but the exact figures are still to be determined.

At least 111 passengers and 30 crew members have been rescued, while 39 are still unaccounted for as of Wednesday noon.

In parallel, at least seven of the crew remained onboard, Dr. Rolito Cataluña, City Health Officer, was quoted as saying to PNA.

The rescued passengers were reportedly transferred to a hotel in nearby Dipolog City.

Maritime casualties are a regular phenomenon in the Philippines. Recently, on 3 August, three passenger motorboats capsized off the city Iloilo, Panay, killing 31 passengers.

In June, global trade association Interferry published key lessons from the FERRYSAFE project, initiated earlier in 2019 to study safety advances in the Philippines.

Timeline of the deadliest shipping disasters in the Philippines