For global warming, LNG is worse than conventional liquid fuels

by Panos Zachariadis
in Fuels, Opinions

The GHG footprint of LNG is worse than this of the current conventional fuels, argues Mr. Panos Zachariadis, Technical Director of Atlantic Bulk Carriers Management. With this respect, LNG should be viewed only as a SOx and NOx compliant fuel and those that invest in it ‘should proceed on these grounds’, he noted.

LNG as marine fuel can comply with the new IMO requirements for sulfur oxides and NOx tier III emissions without the use of messy scrubbers and NOx reducing catalysts, both of which immensely increase the size and complexity of ships’ engine-rooms as well as the crews’ workloads.  Not to mention the nasty inputs (e.g. urea) and outputs involved. However, with regards to its global warming effect, LNG -knowingly or not- has been credited with Global Warming reducing capability which is simply false. There are enough inconvenient truths in the maritime regulations already, but this one is the most important of all: it relates to our continued survival.

I submit the stakes are higher with LNG and those of us who “know” should stop pretending, while those that don’t should educate themselves. Most have heard the claim that LNG shipboard use as fuel results in “about 20-25% less CO2” and that methane is, pound for pound, 25 times worse than CO2 in warming the atmosphere. Well, none of the previous two figures is really accurate.  LNG is 95-98% methane, a very potent greenhouse gas. How potent? If we look toward a 100 year future time span, LNG is 34 times worse than CO2 (not just 25 times)*. But 100 years is erroneously used in this case. That time horizon started being used because this is the lifespan of CO2 in the atmosphere. But this is irrelevant. We should care what LNG does to the atmosphere for the next few years. Plus, our global warming problem is much more urgent than the next 100 years. So here are the global warming numbers, pound for pound emitted today, for the next 5, 10 and 20 years: LNG is respectively 116, 110 and 86 times worse than CO2 in warming the planet!

Most engine makers’ tests suggest that, if the engine is operating perfectly, 11% less CO2 should be assumed for the combustion phase only. But no engine can ever operate perfectly. Perfect combustion exists only in chemistry text books. Thus small unburned quantities of LNG escape together with the exhaust gasses to the atmosphere (for spark-ignited engines the unburned quantities are so substantial as to immediately render these engines worse than conventional liquid fuel engines, even using the 25 “worse” factor). New high pressure combustion engines are said to have minute amounts of “methane leak”. However, when the proper factors of 110 or 86 are used, even a leak of one or two grams per Kwh brings these “state-of-the-art engines” at par or worse than conventional engines. But these leaks during combustion are the least of our problems. We have to add leaks before the engine, from the tanks, during bunkering, during transportation of LNG from source to consumer, and during extraction which, currently, are all excluded or severely understated from a proper global warming assessment. These leaks invariably occur (there is no way to eliminate them) and they are huge.

The studies start piling up saying that LNG’s global warming effect is worse than that of liquid fuels and may even be worse than that of coal! Most experts say that if methane slip from the whole LNG cycle (extraction to combustion) exceeds 3%, then LNG is worse than coal in global warming effect!  And, unfortunately, detailed measurements in the US have shown an overall average of 3.6 – 7.9% leaks in the extraction fields (some being as high as 11% – Utah basin, and 17% (!) – Los Angeles basin).  We are talking measured data by scientists including EPA’s data, not the claims of producers ( which hover in the 1-2 % range).  Arguably the US’ shale gas involves more methane leak than conventional gas fields (which are estimated at 4-6% leaks), however in other countries the leaks downstream (during liquefaction, transportation and use) are recorded higher. In all cases the leaks are huge, rendering LNG a very potent Global Warming gas which has been under-estimated.

The global LNG yearly production is about 2.5 billion tons. Even assuming just 4% leak (much lower than many studies) multiplied by 86, gives almost 9 billion tons CO2e which is currently largely unaccounted for or hugely underestimated. And it will be increasing as LNG is becoming more popular, being touted as a “transitional” fuel (transitional to what?). To put it in perspective, remember that the total man-made CO2 which we are trying desperately to reduce is assumed at 36 billion tons per year (of which about 0.8 tons due to shipping). Maybe our problem is really 25% bigger than we thought?

I mentioned earlier that the stakes are higher in the case of LNG than the other “inconvenient truths”. This is so both from the environmental point of view but also from the ship operators’ point of view.  It will be very unfair for IMO, and all others involved such as producers, classification societies, shipyards, consultants etc., to lead ship operators to believe that LNG results in reduced GHG footprint and, after the operators invest several millions to build or retrofit their ships to burn LNG, the cat gets out of the bag screaming “sorry, it’s not as clean as we had said”.

LNG should be viewed only as a SOx and NOx compliant fuel and those that invest in it should proceed on these grounds, or on its projected future price vs liquid fuels, and not on the myth of reduced GHG effects. As far as GHG, it cannot be considered either as transitional or short term “solution”. The LNG GHG footprint is clearly worse than current conventional fuels (e.g. marine diesel, de-sulfurized fuel etc.) Methane should be viewed as a bigger and more urgent problem than CO2.

Unfortunately other “alternative” fuels are not much better. 95% of our hydrogen production currently comes from LNG. Water electrolysis requires large amounts of energy (55 kwh per kilo of hydrogen) resulting in 49 kg CO2 emissions for each kilo H2 produced. Only if this energy comes from renewable sources can hydrogen be considered “clean”, but we are far from having so much renewable energy capacity. Methanol comes from LNG. Ammonia comes from hydrogen. LPG (propane/butane) is a small (1-5%) by-product of LNG production or crude oil refining – not nearly enough to replace current fuels. Biofuels? Very controversial and, in any case, not sufficient to make a dent. To reduce GHG we need new technology (better batteries, synthetic fuels etc.) Until then, our current conventional liquid fuels have -by far- the smallest GHG footprint of all “alternatives”. 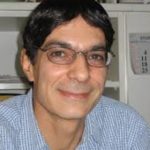 Panos Zachariadis is Technical Director of Atlantic Bulk Carriers Management Ltd since 1997. From 1984 to 1997 he was Marine Superintendent in the company’s New York office. His shipping experience spans diverse areas including sea service in bulk carriers and oil tankers, dry dock repairs, new building supervision and specifications, ship operations and chartering. He holds a MSE degree in Naval Architecture and Marine Engineering from the University of Michigan. He has been attending IMO since 2004 as a member of the Greek delegation. He was extensively involved with IMO’s Goal Based Standards and the Greek study which reversed the IMO decision to make double hull bulk carriers mandatory. He was also instrumental in developing the new IMO coating standard (PSPC) for all ships’ ballast tanks. Currently he is involved in the new IMO environmental regulations for ships. He has written numerous technical guides, papers and articles and has been awarded the 2011 Efkranti Shipping Personality award for promoting Greek Shipping internationally. Member of Hellenic Chamber of Shipping and UGS technical committees, BIMCO Marine Committee, ABS European Technical Committee, BOD HELMEPA and MARTECMA.

Panos Zachariadis is a Mechanical Engineer (BSc) and Naval Architect (MSE) from the University of Michigan with a 38-year experience in shipping. He has served for years as Marine Superintendent in New York, after periods of shipbuilding supervision in Japan and sea service in bulk carriers and oil tankers. He is Technical Director of Atlantic Bulk Carriers since 1997 and a member of the Greek Delegation to IMO since 2004, having contributed to the development of several well-known regulations (e.g. GBS, PSPC, FSA) and the prevention of others (e.g. double hull bulk carriers). In cooperation with major Korean shipyards he has applied numerous energy saving ideas, some of which have become industry standards. He is a member of Technical Committees of several classification societies, UGS and Hellenic Chamber of Shipping, BIMCO Marine Committee, BoD HELMEPA and MARTECMA. He has been honored with the 2011 Efkranti award for his contribution to Greek shipping, the Hellenic Shortsea Shipowners Association 2017 Maritime Personality award, the 2017 Lloyd’s List “Achievement in Safety or Environmental Protection” award and the 2019 Green4Sea Personality Award.