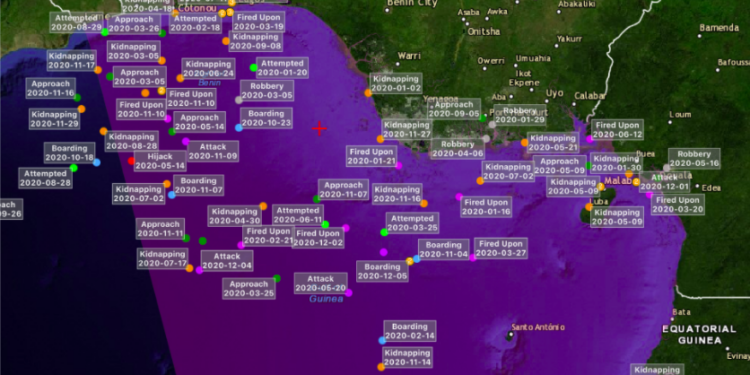 Five crew members were kidnapped from the fishing vessel MV CAP SAINT GEORGES, in what is recorded to be the 26th kidnapping incident in Gulf of Guinea HRA in 2020. A total number of 130 persons have been kidnapped in the region this year.

According to reports from maritime security firm Dryad Global, the MV CAP SAINT GEORGES was boarded by an unknown number of persons last week, 48nm west of Bayelsa. The five kidnapped crew members included three Cameroonians, one Ghanaian and one Sierra Leonian. Then, the vessel continued to Lome and arrived on 13th December.

This is the 8th incident in the GoG HRA in December. The previous 7 incidents have consisted of 4 attacks, 3 boardings and an approach, all of which have been unsuccessful. There have been a surge of incidents in the past 5 weeks, resulting in an increased risk rating for the Gulf of Guinea HRA to CRITICAL on 11th November.

Vessels are advised to operate within this area at a heightened posture maintaining the highest levels of vigilance whilst implementing full hardening / mitigation in accordance with BMP West Africa where possible. In addition the IMB advises that vessels remain at least 200nm-250nm offshore where possible,