The Port of Corpus Christi has informed that only 25% of the refining capacity is operational right now in the region and issued a video, depicting the first vessel to have entered the port after Harvey, on August 31st.

The US Department of Energy has also issued its latest update, on September 3, on the situation of ports and refineries, after Harvey Hurricane.

The U.S. Coast Guard has set the following conditions for ports and waterways in the U.S. Gulf Coast region as a result of Harvey. Eleven ports are closed or open with restrictions. Crude imports at these ports averaged 2,077,000 b/d from January through May 2017. 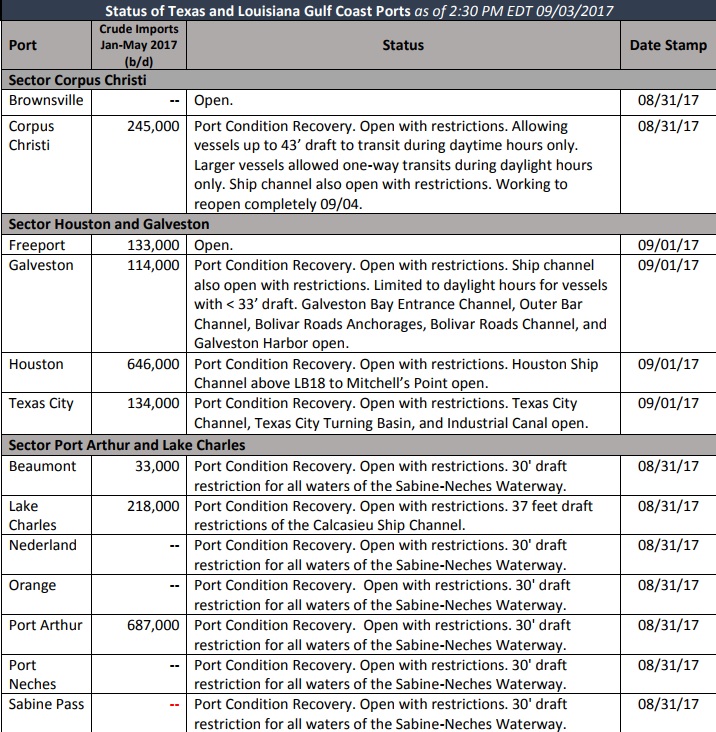