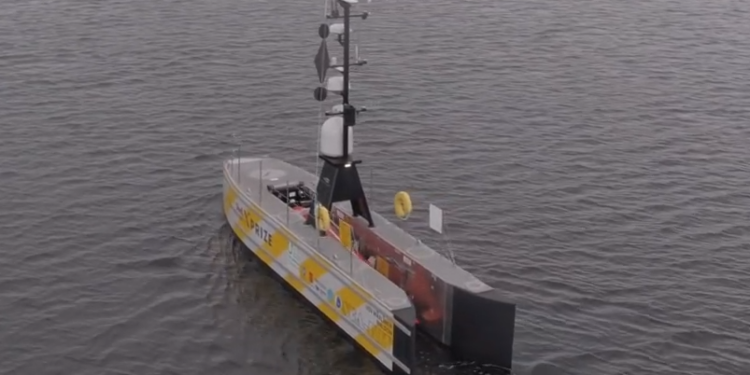 After successfully conducting a cargo run trial in the North Sea, the 12-meter-long autonomous ship ‘Maxlimer’ is set to set sail from Canada in an attempt of the world’s first transatlantic voyage without a crew.

The unmanned surface vessel Maxlimer, built by SEA-KIT International, is bound for the south coast of England and will conduct deep sea surveys on the way, guided by a skipper in a control station in Britain.

The voyage is expected to last about 35 days, Reuters reported.

Earlier in may, the ship successfully carried a box of oysters from the UK to Belgium, in a 22-hour trip.

The vessel is operated by a hand-held remote control when in harbor and when at sea it can stream live data to the controller via multiple satellite links.

What is now available through technology is very, very similar to what you have on the bridge of a ship and in many ways, I would argue, even more comprehensive. The controller here in this station can actually see all the way round on the horizon near real-time and in many ships it’s quite difficult to actually even see what’s behind you from the bridge of that ship,

The combination of size and hybrid diesel-electric propulsion cuts fuel use by around 95%, the company explained.

Sea-Kit International develops vessels for the maritime and research industries, for the Shell Ocean Discovery XPRIZE, a competition to autonomously survey the sea bed.