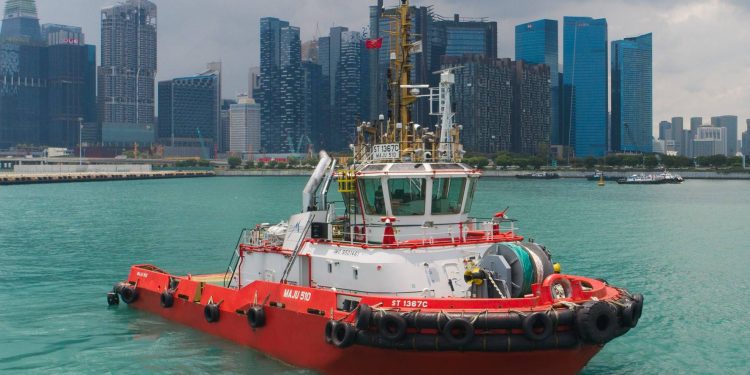 Keppel O&M successfully completed its maiden autonomous vessel project. More specifically, capable of autonomous vessel navigation as well as collision detection and avoidance (CDCA), the Maju 510 tug is the first vessel in the world to receive the Autonomous Notation from ABS classification society.

The tug is the first in South Asia that can be remotely operated by joystick control. It can be controlled from the shore command centre with a joystick even for complex manoeuvres, and was the first vessel in the world to receive the ABS Remote Control Navigation Notation in October 2021.

It is also the first vessel to receive the Smart (Autonomous) Notation under the Singapore Registry of Ships (SRS) by the Maritime and Port Authority of Singapore (MPA). This certifies the tug’s ability to perform autonomous and remote control navigation in a controlled environment with seafarers on board.

As for Singapore, MPA will continue to collaborate with industry partners to advance the deployment of autonomous vessels in the port.

The tug was also outfitted with various technologies including a Digital Twin which simulates vessel behavior in multiple scenarios.