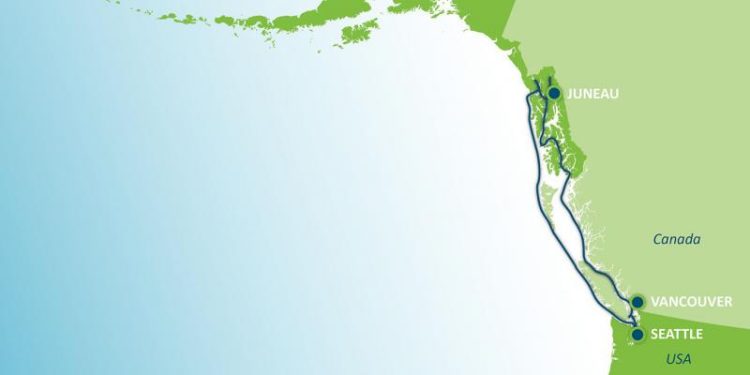 The First Mover Commitment was announced during the International Association of Ports and Harbors World Ports Conference in Vancouver, British Columbia.

The collaborative effort is aimed at exploring the feasibility of a green corridor that could accelerate the deployment of zero greenhouse gas emission ships and operations between Alaska, British Columbia, and Washington. Nearly 300 ships leave Seattle for Alaska in a six-month cruise season; in total Alaska hosts more than 600 cruise sailings per year.

First Mover partners will leverage and support each other’s decarbonization work already underway and bring those resources and technological advancements to this focused and coordinated effort. Partners agree to:

By exploring the development of a Green Corridor, we’re bringing resources and technological advancements to this region where commercially viable zero greenhouse gas emissions ships may sail that much sooner

While initially formed by cruise ports in the Pacific Northwest, with input from the cruise industry, this initiative welcomes participation from all sectors of the maritime industry and other regional ports. Domestic cargo lines, ferries, commercial fishing, tug and barges, and other ports have a strong interest and shared goals around climate action which may require an expanded agreement to reflect new participants or corridors in the region.

The cruise industry is committed to pursuing net-zero carbon emissions by 2050. The First Mover Commitment in the Pacific Northwest is a demonstration of the collaboration and innovation needed between ports and the cruise industry to achieve our shared goals