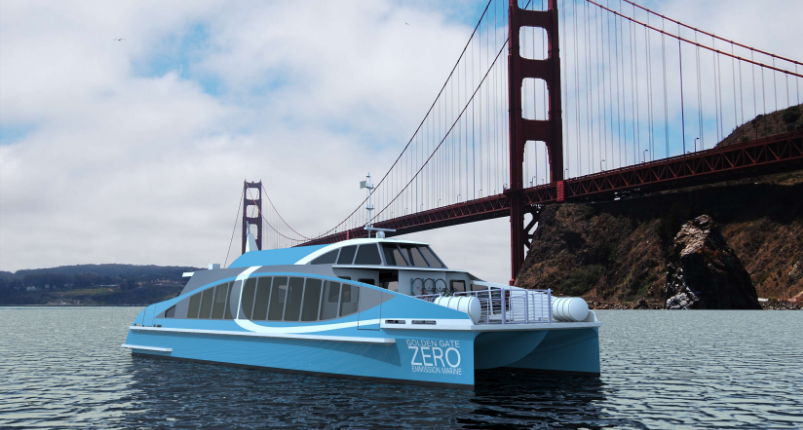 First hydrogen fuel cell passenger vessel to be built in US

California-based Bay Ship and Yacht Co. has secured a contract to build the first hydrogen fuel cell passenger vessel in the US for Golden Gate Zero Emission Marine (GGZEM), a Bay Area company on a mission to eliminate maritime pollution. The vessel is expected to be delivered and in service by September 2019 and will operate on the San Francisco Bay.

Golden Gate Zero Emission Marine awarded a $3 million grant by the California Air Resources Board (CARB) for construction of the zero-emission vessel, which will be the first of its kind in the US.

The vessel is named 'Water-Go-Round', representing how the technology works: Hydrogen can be created from water and after being used in a fuel cell, becomes water again.

Bay Ship is honored to participate in this pioneering effort, as builder of the first zero emission passenger vessel in the United States,

Together, with our partners, we will show our communities there is a long-term solution to meeting the drastic cuts in pollution and greenhouse gases required by states like California and other governments around the globe,

Hydrogen fuel cells are considered one of the key zero-emissions technologies. A recent study led by Sandia National Laboratories, in cooperation with naval architect Glosten, the Scripps Institution of Oceanography and DNV GL, proved the technical, regulatory, and economic feasibility of a coastal research vessel powered solely by hydrogen fuel cells, in a bid to make marine research pollution-free for both the air and the ocean.