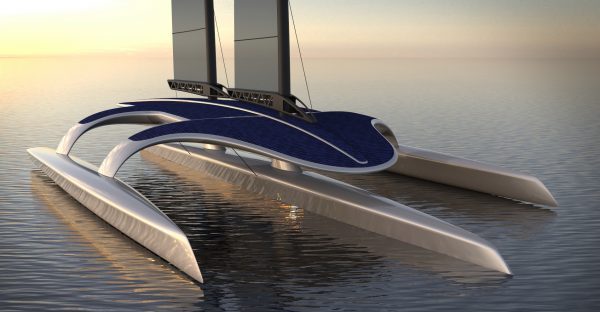 Image above is used for illustration purposes only / Credit: Mayflower Autonomous Ship

In its latest article for the series regarding autonomous vessels, Shipowners Club presents the Mayflower Autonomous Ship project (MAS), which is a new attempt to design, build and sail the world’s first fully autonomous vessel across the Atlantic Ocean.

The ship will be finished in two years, and will conduct sea trials. In order to test the autonomy and supporting systems, another vessel will be built. A smaller, six metre ship, will be used to ensure the safe navigation of the vessel.

The vessel is expected to start its first journey in 2020, and incorporates innovative technologies, including design, propulsion and control.

This project is not just an autonomous research vessel but also a vessel powered by clean energy. A vessel that will present the dynamics of alternative fuels and power, Professor Jones of Plymouth University was cited as saying by Shipowners Club.

Moreover, the ship will have few life saving appliances, thus enabling an easier assistance, if needed, to a conventional manned vessel.

After its first journey, the vessel will sail around the world, to conduct scientific research, in cooperation with Underwater Autonomous Vehicles (UAVs). The data that will be gathered from the research, will be further analyzed ashore.