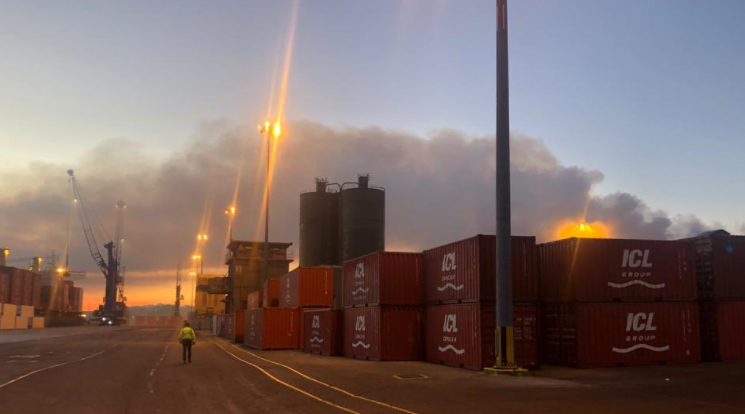 A fire at a grain storage facility in Port of Cork has been brought under control, while firefighters are continuing to monitor the situation.

In fact, the fire has broken out on 9 January 0930 GMT, at the R&H Hall grain store on the Ringaskiddy Deepwater Berth.

We can confirm that a fire which broke out at a grain storage facility on the Ringaskiddy Deepwater Berth is now under control & there are no reports of any casualties. Emergency services remain on site to monitor the area.

In light of the situation the port authority urged local residents to keep all doors and windows shut and remain indoors.

Thankfully, over an hour later the fire has been under control. In fact, fire crews remained on site to expose & extinguish any hot spots that may exist. 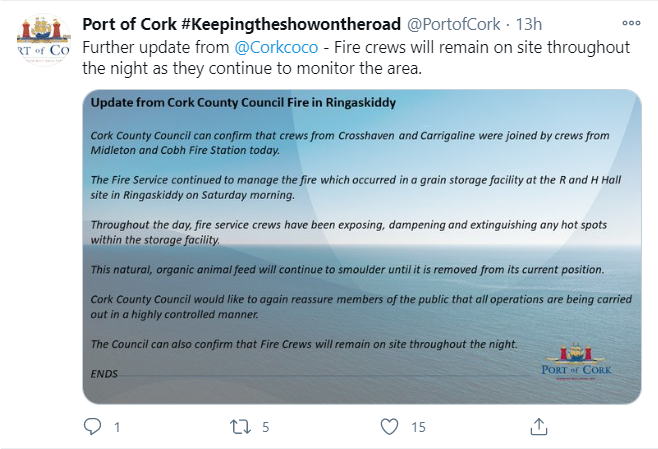 Fire service operations remain on site. There may be further fresh smoke from any flare up as fire service crews remove panels from the structures to access hot spots. The material involved remains unchanged and is a natural, organic animal feed.