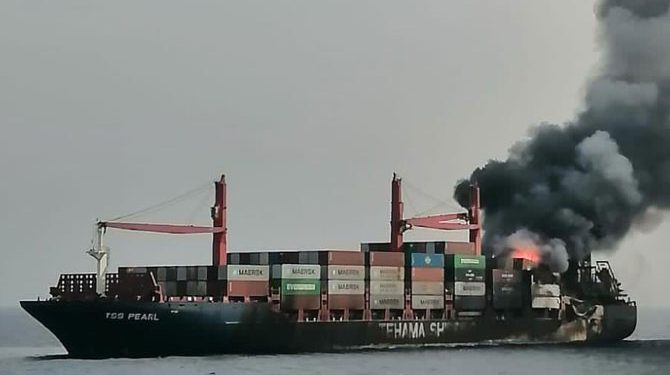 Recent information reports that the fire stricken TSS Pearl has sunk. The ship had suffered a major fire in the Red Sea last week, with all crew safely evacuated.

The 25 crew of the ship were was evacuated to the port of Jizan, and they were received by a number of medical teams from the border guards, health affairs, the Red Crescent, civil defense and passports in the region, and they are in good health.

Since then, vessel tracking services were unable to provide updates on the ship’s whereabouts, but cargo insurer WK Webster claims the ship has sunk about 300 km southeast of Port Sudan, while several containers are floating at the site of the sinking.