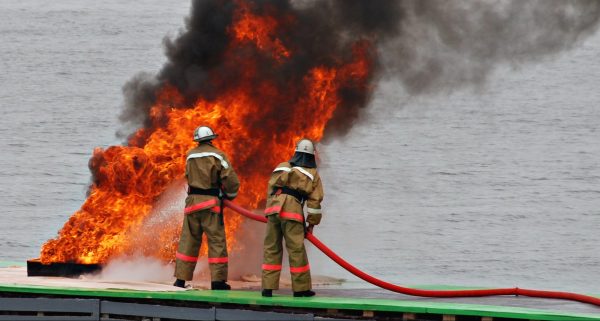 Fire took place at the SPD9 platform, in the South Pars gas field, on June 12. About 14 people were working at the platform the moment of the fire, but not casualties were reported. The fire has now been contained.

The Platform belongs to the phases 6, 7, and 8 of South Pars and local media reported that the fire occurred because of gas leakage.

What is more, due to the fire, production at this platform has been stopped.

The fire took place at about 3 p.m. local time, but there were no injuries.

At the time, around 14 workers were at the platform, and after the explosion they were transported to Asaluyeh, Southern Province of Bushehr, by helicopter.

The platform is now evacuated.