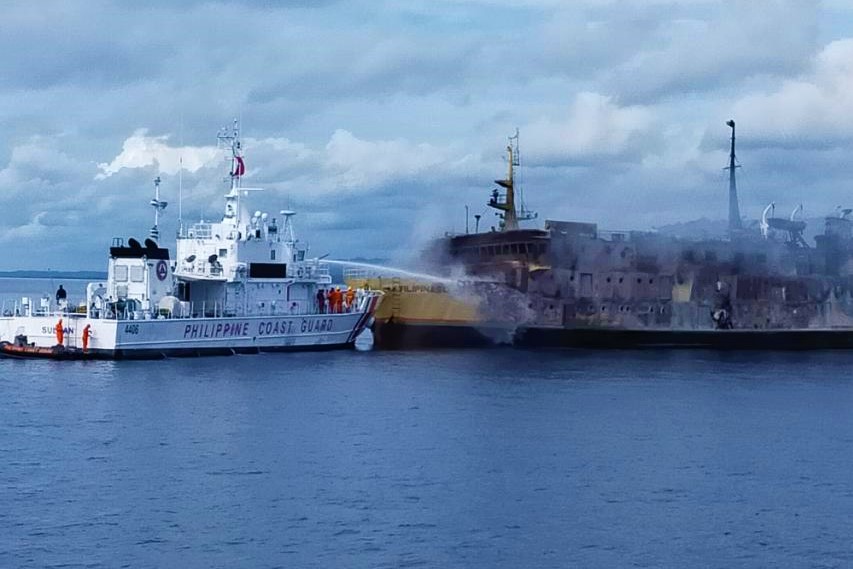 A total of 45 crew members were evacuated from the passenger ship MV Filipinas Dinagat, after a fire erupted onboard while the vessel was about 5.5 nautical miles east off Binongkalan Point, Cebu, in the morning of 23 July 2020, the Philippine Coast Guard (PCG) informed.

The Philippine-registered RoRo / passenger ship, owned by Cokaliong Shipping Lines, was heading from Pier 1, Cebu City, to Palompon, Leyte, when the fire broke out. When the Coast Guard arrived at the incident area at about 10:45, the ship was already "totally engulfed in fire".

Immediately, the survivors were embarked in a motorbanca that transported them to the nearest port for further assistance.

At around 01:00 a.m. today, personnel from the PCG Medical Team and Coast Guard Station – Northern Cebu provided medical assistance to 41 of the 45 survivors who safely arrived at Danao Port, Cebu.

According to Captain Joel Villanueva, the fire onboard was caused by electrical failure, but investigation about the cause of fire onboard is ongoing.

The ship captain, Captain Joel Villanueva and three other ship crew who were rescued by BRP Suluan remained in the vicinity waters aboard said PCG vessel to attend to the ill-fated ship. Two tugboats were sent to the incident area to provide towing assistance.

All crew aboard MV Filipinas Dinagat were safe and all accounted for.

Meanwhile, BRP Suluan reported that there was no oil spill as a result of the accident.

As the PCG remains on top of the maritime incident, it also actively informs transiting vessels on the presence of the ill-fated vessel at the said vicinity waters for appropriate action,