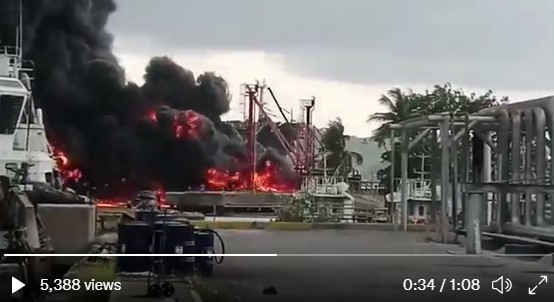 A Venezuelan oil terminal experienced fire after a loading hose broke while a tanker was being loaded. The incident took place on September 17 at the Guaraguao facility in Puerto La Cruz.

According to Reuters, the product carrier Larko was being supplied with oil at the time, and it was also “affected” by the incident.

The fire was extinguished later in the day, but operations were interrupted.

As Venezuela’s minister of industries and national production Tareck El Aissami said, “a gasoline loading arm broke, spilling fuel on the deck of the ship and on the dock, causing a fire in that area.”

No injuries were reported and the affected vessel was moved away from the port.