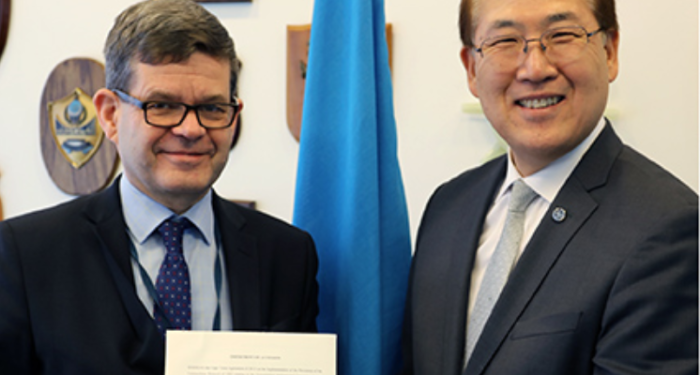 Finland is the latest country to join the Cape Town Agreement concerning fishing vessel safety, in efforts to bring mandatory safety measures for fishing vessels of 24 m in length and over.

It is stated that Finland’s accession follows IMO’s Conference on fishing vessel safety in Torremolinos, Spain, during which nearly 50 States signed the Torremolinos Declaration to publicly indicate their determination to ensure the Cape Town Agreement will enter into force by the tenth anniversary of its adoption, meaning on October 11, 2022.

The Agreement is of great importance as it will establish regulations design to protect the safety of crews and observers and provides a level playing field for the industry while setting standards for fishing vessels of 24 meters length and over.

The treaty will be enforced one year after at least 22 states, with an aggregate 3,600 fishing vessels of 24 meters in length and over operating on the high seas have expressed their consent to be bound by it. With Finland’s accession, 14 countries have ratified the Agreement.

For the time being, the countries that have entered the Cape Town Agreement are: Belgium, Congo, Cook Island, Denmark, France, Germany, Iceland, Netherlands, Norway, Saint Kitts and Nevis, Sao Tome and Principe, South Africa and Spain.

Concluding, once the treaty comes into force, it is expected to improve safety at sea in the fisheries sector worldwide. It will also be a useful tool in combatting illegal, unreported and unregulated (IUU) fishing and reducing pollution from fishing vessels, including marine debris.