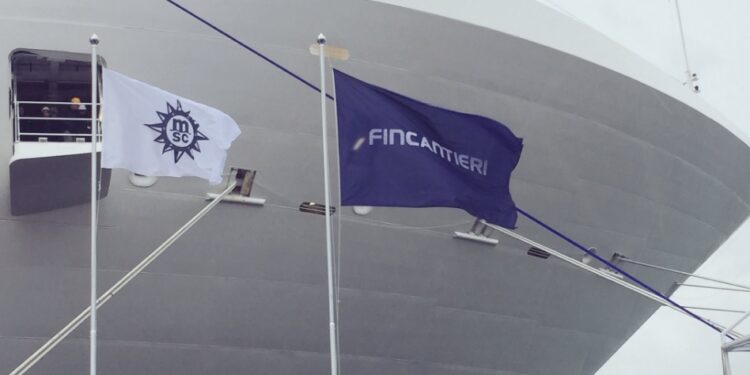 The Mediterranean Shipping Company (MSC) Cruises and Italian shipbuilder Fincantieri signed firm orders for the construction of two more Seaside EVO ships, a further evolution of the Seaside Class prototype, for a total investment of €1.8 billion.

The agreement was signed on the occasion of the delivery ceremony of ‘MSC Seaside’, the largest cruise ship ever built in Italy, and the company’ second newly-built to come into service in 2017, at Fincantieri shipyard in Monfalcone, Italy. The ceremony took place in the presence of Sergio Mattarella, President of the Italian Republic, Graziano Delrio, Italy’s Minister of Infrastructures and Transports as well as other authorities and dignitaries.

According to MSC Cruises Executive Chairman, Pierfrancesco Vago, ‘MSC Seaside’ is the first ship of the company’s fifth new prototype, setting a new standard for the industry. The Seaside Class of ships is designed to bring guests closer to the sea and to operate in sunny waters, while continuing to push the boundaries of maritime and guest-centric technology.

Mr Vago added: “With two of the more innovative new ships in the industry having come into service in the past six months and now with the addition of two Seaside EVO ships to our investment plan, we are now even better positioned to further extend our global footprint. We are expecting the delivery of at least one new ship each year through 2026, with six to have come into service between 2017 and 2020. ”

Following the new agreement between MSC Cruises and Fincantieri, the initial slot reservation agreement to build a third Seaside Class ship to be delivered in 2021 has been replaced to instead build the first of two Seaside EVO ships. The second ship is set to come into service in 2023.