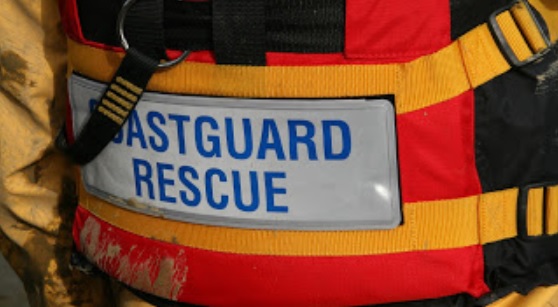 Just after 8am on Sunday 21 October, the UK's HM Coastguard received report that a ferry, with 56 persons onboard, collided with at least two yachts whilst trying to berth at the entrance of Cowes Harbour, amid heavy fog.

At around the same time, the Coast Guard received a 999 call from a member of the public reporting that he had heard cries for help within Cowes Harbour. The 'Red Falcon' ferry remained grounded at the entrance at Cowes.

Cowes RNLI lifeboat, Calshot RNLI lifeboats and Coastguard Rescue Teams were deployed, while a search and rescue helicopter was searching the area, but due to the low visibility had to turn back. A bit later, it was confirmed that there was nobody in the water or missing in Cowes Harbour.

HM Coastguard has made contact with the person who was initially heard crying for help and he is reported to be safe and well. The person was onboard his own vessel and crying out to try and alert the master of the ferry of the situation.

The 'Red Falcon' ferry, with assistance of tugs, has been refloated. MCA surveyors have completed an initial assessment of the vessel and it has been cleared to be relocated to Southampton, without passengers, to undergo further inspections. Once the in water survey has been successfully completed the vessel will be cleared to return to passenger service.

The vessel is being accompanied by two tug escorts as a precautionary measure and an MCA surveyor is onboard for the short duration of the journey. All passengers are safe and well.