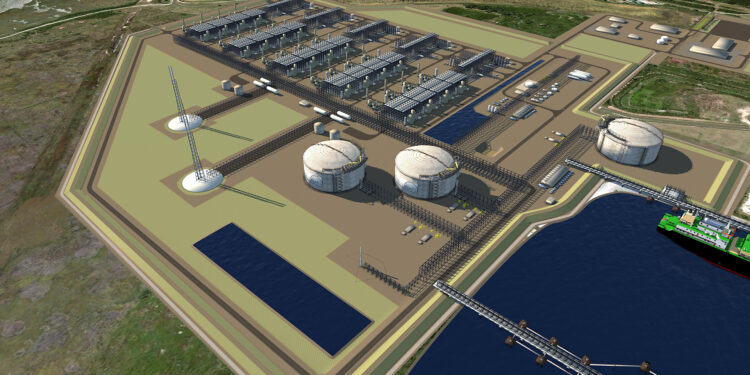 The U.S. energy regulator officially accepted Tellurian’s request to begin the site preparation work for its Driftwood liquefied natural gas (LNG) export project located in Louisiana. Specifically, the project’s value is estimated around $27.5 billion and is designed to produce 27.6 mtpa of LNG or about 3.6 bcfd of natural gas.

With the U.S. Federal Energy Regulatory Commission (FERC) giving its permission for the project, the Tellurian can from now on begin vegetation, clearing and grading, demolition and removal of the existing buildings, while dredging of marine berths where the Driftwood project is located.

As a Tellurian spokeswoman Joi Lecznar reported on Reuters:“With FERC’s approval, we are doing some preliminary work on the site. We have progressed to completing over 27% of our engineering, and we have ordered some equipment in order to prepare for construction.”

Moreover, Tellurian schedules to start the liquefaction plant build in early 2020, while in 2023 goals to product its first LNG from the facility. For the records, Driftwood is one of about a dozen LNG export projects located in North America which have decided to build their plants in 2020. All together, those plants are able to produce over 160 mtpa of LNG.

For the project’s establishment, Tellurian has collaborated with Total, Vitol, Petronet LNG, GE, and Bechtel as they also inked a contract to build the $15.4 billion liquefaction facility. Concluding, once the project is completed, the company estimates that the terminal will be able to export up to 27 million, six hundred thousand tonnes of LNG per year to customers worldwide.