February 2019 was second wettest month on record for US

This winter was the wettest on record for the US, especially after a steady march of snow and rain storms across the country between December 2018 and the end of February 2019, according to data provided by US NOAA. The wet weather last month also made February 2019 the second wettest February on record.

Climate by the numbers 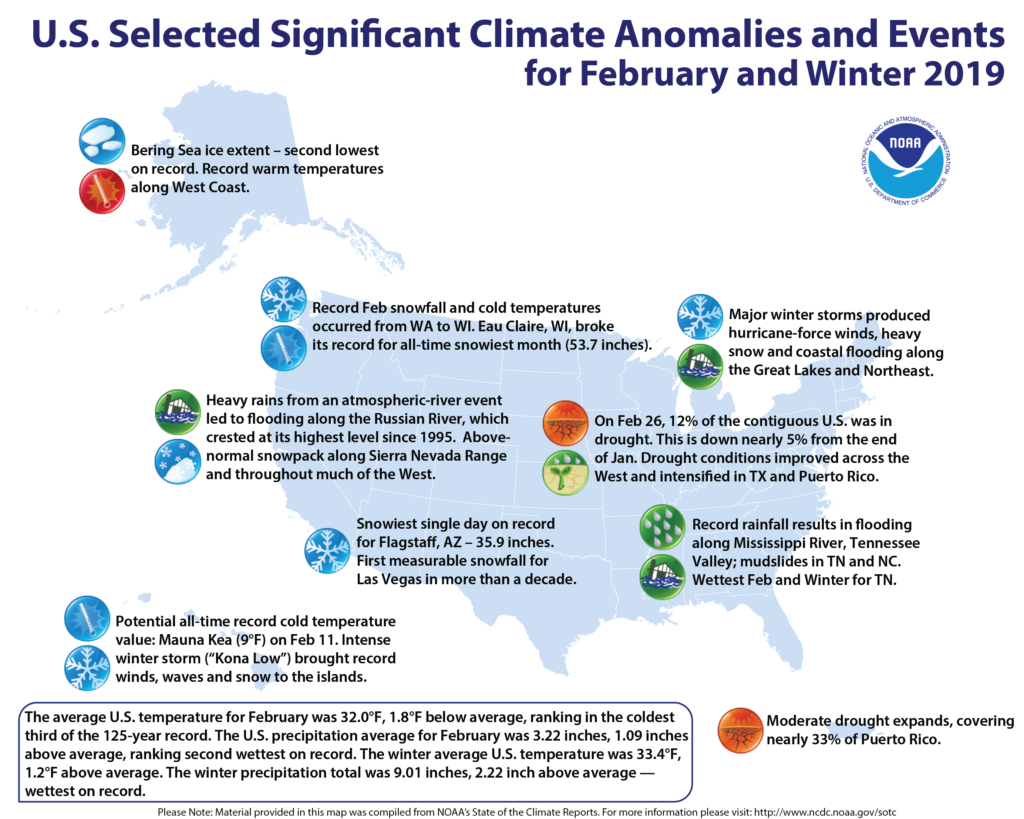