Fatalities in Confined Spaces: do we have tunnel vision?

Confined space work remains one of the most frequent, yet dangerous work-related activities undertaken. Thus, Lloyd's Register James Pomeroy, the expert on Health and Safety asks if we have tunnel vision regarding confined spaces.

The US Occupational Safety and Health Authority (OHSA) estimates that two million American workers enter confined spaces each year. And worryingly, within some countries, the number of people being seriously or fatally injured in confined spaces is increasing, while in other countries the numbers haven’t reduced for more than two decades.

This lack of progress prompts us to consider if enough is being done to tackle the problem, or if tunnel vision is preventing us from introducing more effective solutions to protect workers?

Confined work is an example of where the ‘devil is in the detail’. The reasons behind the loss of lives is often down to inadequate attention being given to planning and control of the work. Measures such as a thorough risk-assessment, control of entry, gas testing an emergency response are often incomplete and not done at all. But what makes confined space work particularly challenging is that many of the hazards can’t be seen, such as toxic or inflammable gasses. 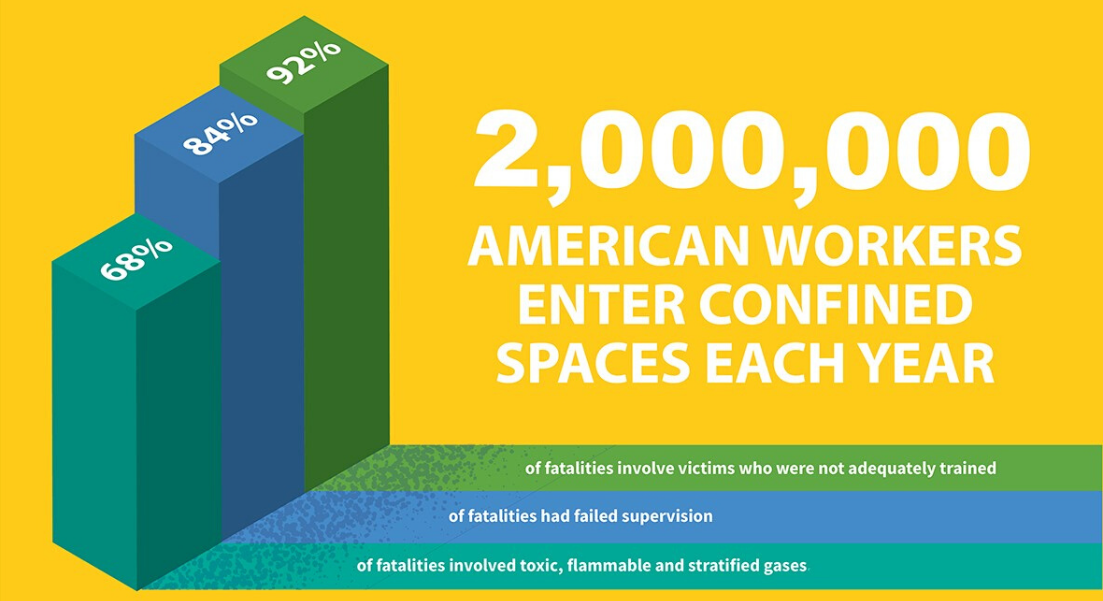 Accidents that occur in confined spaces are often complex and involve a large range of factors, each of which provides insight into the nature of the challenge. Here are seven factors for us to consider:

According to industry figures, 92% of fatalities recorded involved victims that were not adequately trained. If workers aren’t aware of the potential hazards associated with confined spaces, and the safety precautions they must follow, they won’t be able to spot dangerous situations swiftly and respond appropriately.

The speed at which things can go wrong is one of the factors that makes confined space work so dangerous. When the risks of confined spaces are assessed, the focus is often on the severity and probability of harm, rather than the speed at which a hazard can change and become more dangerous. Within an enclosed space, toxic fluids, materials and gasses can enter without warning and pose serious health risks to those inside.

A NIOSH report stated that from the fatalities recorded, 31% of organisations had written confined space procedures, yet none of them were followed through. In many cases, the complexity and length of these procedures can contribute to certain information being overlooked and mistakes being made. We need to learn from high-risk sectors in simplifying procedures and writing them in a language worker can process easily. Furthermore, confined spaces procedures also need to include an emergency process, detailing how a rescue will be performed.

The NIOSH report also found that 84% of fatalities involved failed supervision. Some workers felt obliged to enter a hazardous environment, especially if they were told to do so by their manager. This could be due to commercial pressures, such as when a worker is told to complete non-critical activity in a confined space, such as cleaning, decanting and other maintenance activities, so the asset can return to operation.

Almost three quarters of all fatal accidents in confined spaces involved routine work. This strongly suggests that the more we undertake a risky task, the more we normalise the risk and as such, become complacent. This enhances the risk of workers having a shorter attention span on a task, risks being underestimated, and shortcuts being taken, often with tragic consequences.

Toxic, flammable and stratified gases played a part in 68% of fatalities in confined spaces. This could be a result of a lack of testing equipment or lack of training in using the equipment correctly. It’s vital for organisations to have effective detection and response equipment in place if confined space work is required, especially personal gas detectors and atmospheric testing for toxic gases to detect any changing situations, along with emergency evacuation equipment.

Nearly two thirds of fatalities saw workers attempt to rescue an injured colleague from a confined space. Rescuers need to be adequately trained, fit to carry out the task and capable of using any equipment needed for the rescue, including a breathing apparatus and lifelines. Human behaviour also plays a critical role, and we need to invest in research to understand why we respond to an emergency in an irrational manner.

A change in safety culture needs to come from the ‘top’, with the organisation’s leadership team recognising the risks and the importance of the processes that need to be put in place to prevent fatalities. Training also plays a key role in managing risks, ensuring that workers understand the hazards involved and they are aware of the safety measures that need to be followed.

Improvements can also be made through technology, with there being a number of advances in safety being introduced to enhance control measures. 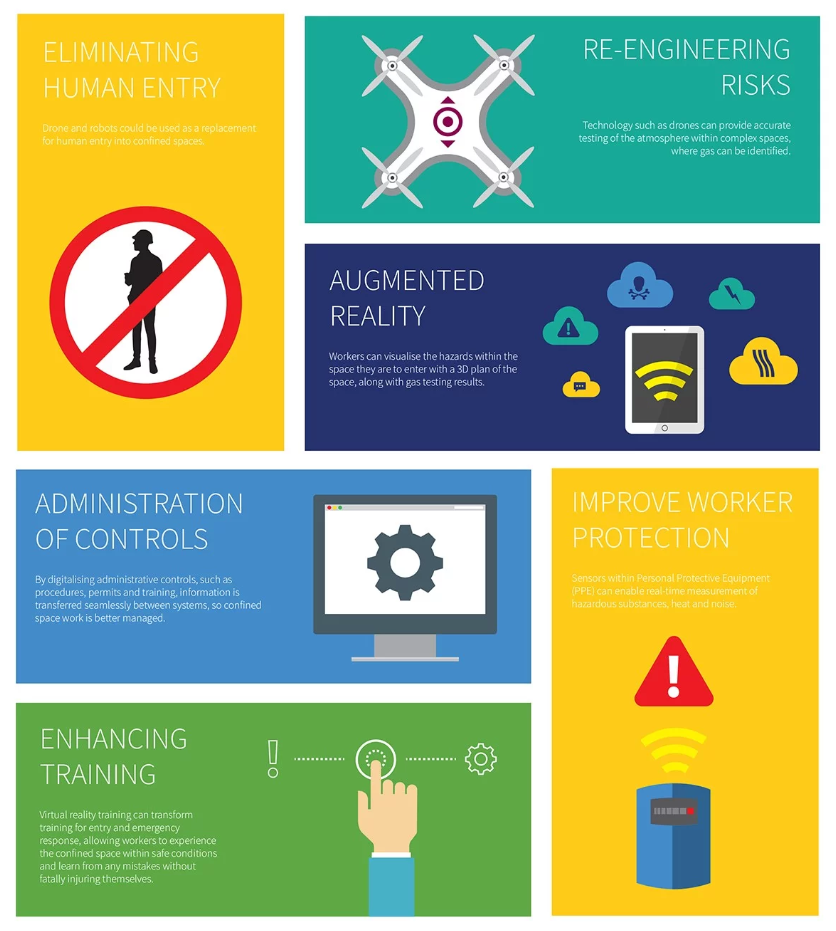 The role of standards

ISO 45001 plays a highly complementary role to legislation. An ISO 45001 review for example, takes a system-wide perspective, which helps identify the underlying causes to problems that could result in serious accidents. Unlike a regulatory inspection that focuses on local compliance, ISO 45001 also considers improvement opportunities where risks are managed more efficiently, or how performance could be more effective. Aligning the OHS management system and strategic direction together will help increase the focus on improving OHS performance.

Above article has been initially published in Lloyd's Register website and is reproduced here with the author's kind permission.

James Pomeroy is the Group HSES Director for Lloyd's Register, a global technical and business services organisation. James is responsible for advocating and delivering high standards, thought leadership and best practice in health, safety, environmental and security management across LR’s global operations. With 25 years of experience, James has extensive experience in designing and implementing successful behaviour change within organisations and embracing a positive approach. He has considerable experience in enhancing human performance and safety culture through behavioural intervention. He is known for his insights into strategic directions that improve effectiveness and outcomes. People and culture change has been a consistent theme in James’ career.