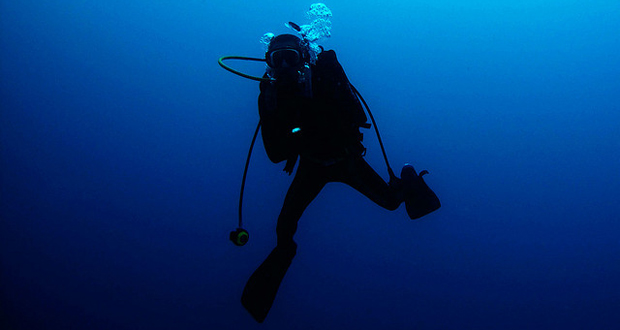 The International Association of Oil and gas Producers (IOGP) has published safety alert regarding a diving fatality which was caused by uncontrolled differential pressure.

The incident occurred when the diver was preparing to blind off the torpedo pipe on the rig’s pontoon. The torpedo pipe is a 0.45m diameter pipe running through the pontoon of the rig to allow for wires used when thrusters are to be replaced. The length of this pipe was 13m, with one lower valve 1m up from the bottom, and one upper valve 1.2 m from the top of the pipe. The valves were partly open to equalise the pipe.

A safety meeting had been conducted before work started, and this pipe was the seventh to be worked on. The diving was carried out following the NORSOK U-103 standard for inshore diving.

Causes:
When the diver introduced air into the pipe an artificial, undiscovered concrete plug on top of the upper valve broke and the divers head and left arm were sucked into the pipe causing great pain. The standby diver, being fully dressed, entered the water immediately (within 30 seconds) and the wounded diver was brought to the surface within 9 minutes.

At the time he had stopped breathing, but his breathing and pulse were regained through CPR. The diver was sent to hospital where he died two days later. This fatal diving incident was due to uncontrolled differential pressure