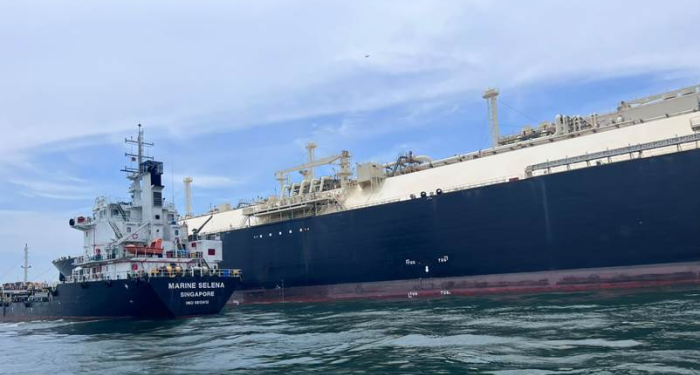 The marine biofuel used is a 0.50% sulphur residual-based fuel (VLSFO) processed with up to 25% waste-based fatty acid methyl esters (FAME). The resulting blend meets International Organization for Standardization ISO 8217:2017, while the FAME content complies with EN 14214. The bio-component has been accredited by the International Sustainability and Carbon Certification (ISCC) organisation.

MOL as Owner’s representative of the LNG carrier, PAPUA, also stated that “biofuel is positioned as an effective alternative to fossil fuels in the MOL Group’s new environmental strategy ‘MOL Group Environmental Vision 2.1’, which was announced in June 2021.”