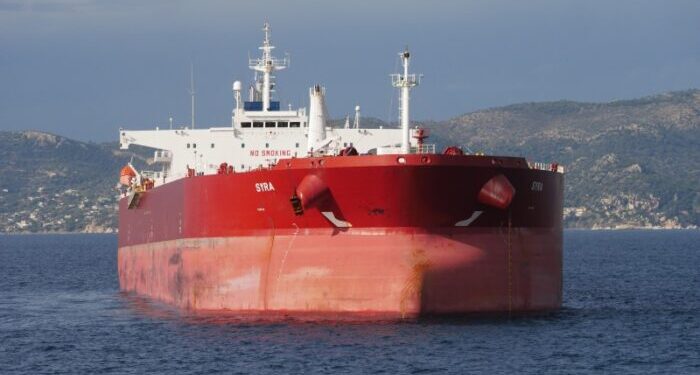 An explosion took place at the Bir Ali crude single buoy mooring system, Yemen, on October 3, when an Aframax tanker was loading crude oil. The explosion is believed to be because of a sea mine.

According to reports, the tanker hit a sea mine in Yemen, while operating at an oil terminal. Because of the explosion, the tanker was damaged, while significant pollution has been spotted in satellite images.

Shipping is now on alert when transiting the Gulf of Aden.

Commenting on the incident, security consultant Ambrey Intelligence said that it could be a result of the ongoing battle between the Yemeni government and the Southern Transitional Council.

The ship left the terminal on October 4 and sailed to Khor Fakkan, UAE, Gulf of Oman, to estimate damages.

In 2018, another ship suffered an explosion in Yemen. Namely, the Turkish bulk carrier ‘Ince Inebolu’ sustained an explosion, while anchored about 70 nm off the port of Hodeidah, Yemen.

The explosion seemed to have originated from the hull, as forces conducted a survey onboard and found an explosion from the inside to the outside