Ever Given claims could reach $2 billion 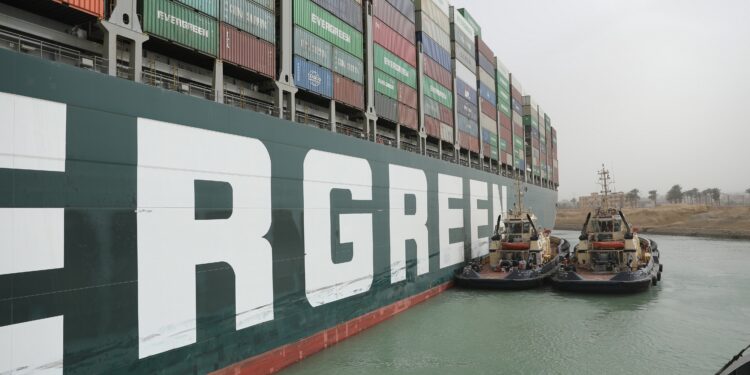 Claims related to the Ever Given grounding in the Suez Canal during 2021, could amount to $2 billion, French insurer Scor SE estimates.

The insurer also added that the massive cost will largely be borne by the reinsurance sector. “The big lesson is that some sand and wind can potentially cause a tragedy of global proportions. This demonstrates the fragility of our economic and social models,” said Sylvain Gauden, Chief Underwriting Officer, Marine and Energy, Reinsurance for Scor.

The Ever Given went aground in the Suez Canal on March 23, 2021, shortly entered the southern entrance. The grounding took place in a high wind event, and the strong south wind, low visibility and BRM challenges were considered to be contributing factors.

During the salvage operation, hundreds of people took part, as well as shore-based excavating equipment, full-size cutter suction dredgers and at least 10 tugs, before the ship being refloated on March 29.

As a result of the grounding, up to 400 ships had their voyages disrupted. The effects also caused delays for cargoes bound for ports in Europe, the U.S. East Coast and beyond. This made some vessel operators reroute shipments to the south, around the Cape of Good Hope.

Commenting more on the incident, Scor noted that hundreds of parties were affected, including cargo interests, charterers, shipowners and the Suez Canal Authority itself.

Depending on their role in the maritime ecosystem, they suffered a wide range of damages – salvage costs, business interruption, loss of revenue, lost perishable cargoes and more. The insurance claims arising from the incident will take years to work out