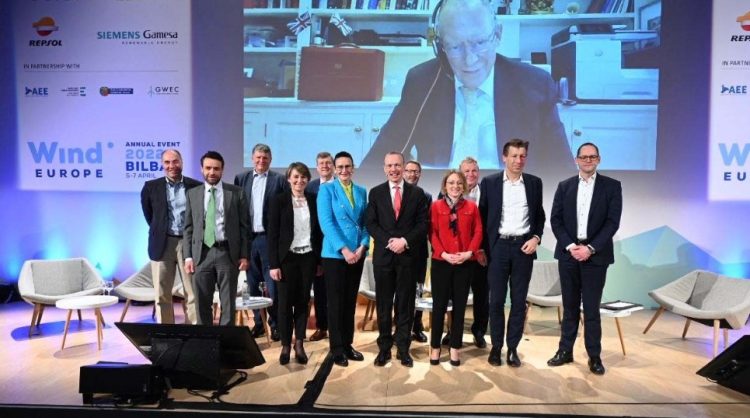 Thirty parties have signed an agreement outlining their commitment to work together for the accelerated deployment of offshore wind in Europe.

As described, the partners, ranging from wind energy companies to national governments, grid operators, and non-governmental organizations (NGOs),  have committed to work together to provide a visible pipeline of offshore wind projects and hybrid interconnections, and to remove regulatory and permitting barriers.

The signatories’ goal is to coordinate the design of tenders and identify best practices in national support schemes, including the use of non-price criteria.

The parties will also cooperate on identifying new areas for offshore wind build-out as part of national maritime spatial planning regimes. The signatories have pledged to cooperate on identifying hybrid projects that can be deployed quickly, which is expected to lead to more efficient deployment of infrastructure, optimise sea use, and protect the maritime environment while reducing the impact on coastal communities.

The statement also called for the scale-up of innovation in technologies that enable better integration of offshore wind into the power grid, such as the interoperability of High Voltage Direct Current (HVDC) technology.

Following the invasion of Ukraine, the EU asked for an additional 30 GW of offshore wind energy by 2030 to replace part of Russian fossil fuel imports before the end of this decade. Up until this moment, EU has already established targets for offshore wind, which called for 60 GW by 2030 and 300 GW by 2050. Together with the UK and Norway, Europe could have up to 450 GW of offshore wind in operation by 2050.

“This is a critical moment for the energy industry across Europe, including the UK and Norway. We need more offshore wind to strengthen security of supply and drive decarbonisation, and we need new cutting edge technologies like hybrid interconnectors to connect wind faster and cheaper