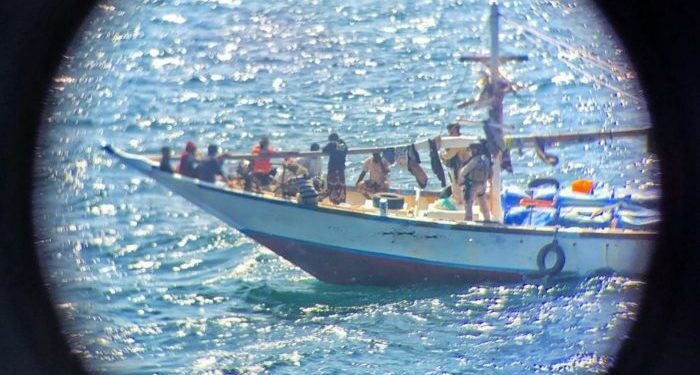 EU Naval Force Ships are to friendly-approach local vessels and speak to the crew in the Western Indian Ocean aiming to enhance the mutual understanding and trust between the EU Naval force and local seafarers and also get a first-hand insight about possible piracy incidents in the area.

Specifically, crewmembers from the Spanish vessel ESPS Relámpago, met with the crew of Somali dhow in the Gulf of Aden. The friendly interaction was between the Spanish crewmembers and Somali fishermen.

This kind of conversations reflect EU NAVFOR’s commitment to upholding maritime security in the area.