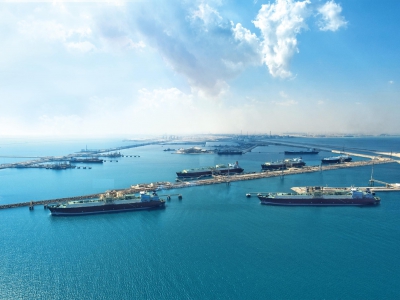 Action Plan for a Maritime Strategy in the Atlantic Area

Action Plan for a Maritime Strategy in the Atlantic Area

On 13 May, the European Commission (EC) adopted anAction Plan to revitalise the marine and maritime economy in the Atlantic Ocean Area. The Plan intends to show how the EU's Atlantic Member States (Ireland, France, Portugal, Spain and the United Kingdom), their regions and the Commission can help delivering growth, reducing the Atlantic area's carbon footprint, ensuring sustainable use of the sea's natural resources, setting up effective responses to threats and emergencies and implementing an ecosystem based management approach in Atlantic waters.

Based on the EC'sAtlantic Strategy, the Action Plan is the result of consultations conducted through theAtlantic Forum. The Forum has enabled Member States, the European Parliament, regional and local authorities, civil society and industry to contribute to the development of the Plan. Beside traditional activities like fisheries, aquaculture, tourism and shipping the Atlantic area is also home to emerging ones such as offshore renewables and marine biotechnology. While individual Atlantic Member States are already active in these sectors and some have adopted their own respective maritime strategies, the Action Plan now encourages them to work together: to share information, costs, results and best practices as well as generating ideas for further areas of cooperation.

The Action Plan explicitly mentions projectsdeveloping the liquefied natural gas (LNG) refuelling infrastructure along Europe's Atlantic coast line among the specific ideas eligible for funding made available by the EU, the European Investment Bank (EIB) and the private sector. In order to pursue the Commission's strategic development of ports as hubs of the blue economy, the Action Plan recommends to facilitate "the upgrade of infrastructure, such as ports, to improve connectivity with the hinterland, diversify activities such as maintenance of offshore renewable energy installations or tourism, enhance intermodality and promote fast turnaround of ships through measures such as provision of shore side electricity,equipping ports with liquefied natural gas refuelling capacity and tackling administrative bottlenecks." Furthermore,liquefied natural gas is also referred to indirectly in the form of emission reduction goals addressed in the Plan, providing attractive business opportunities for companies involved in the maritime application of LNG.

The Action Plan for the Atlantic will contribute to the EU's "Blue Growth"strategy and is consistent with the Commission's focus on regional collaboration to encourage sustainable growth and create jobs. Similar strategies have already been adopted for the Baltic Sea, the Arctic Ocean and the Mediterranean Sea. The initiative for the Atlantic will now be passed on to the European Parliament and the Council for endorsement. Partnership Agreements with Member States on Structural Investment Funds are to be in place before the end of 2013. The investment and research priorities that would be identified in the Atlantic Action Plan could be considered for EU financing in the new programming period 2014-2020.

More information on the funding available can be found on the EC'sinfo page.