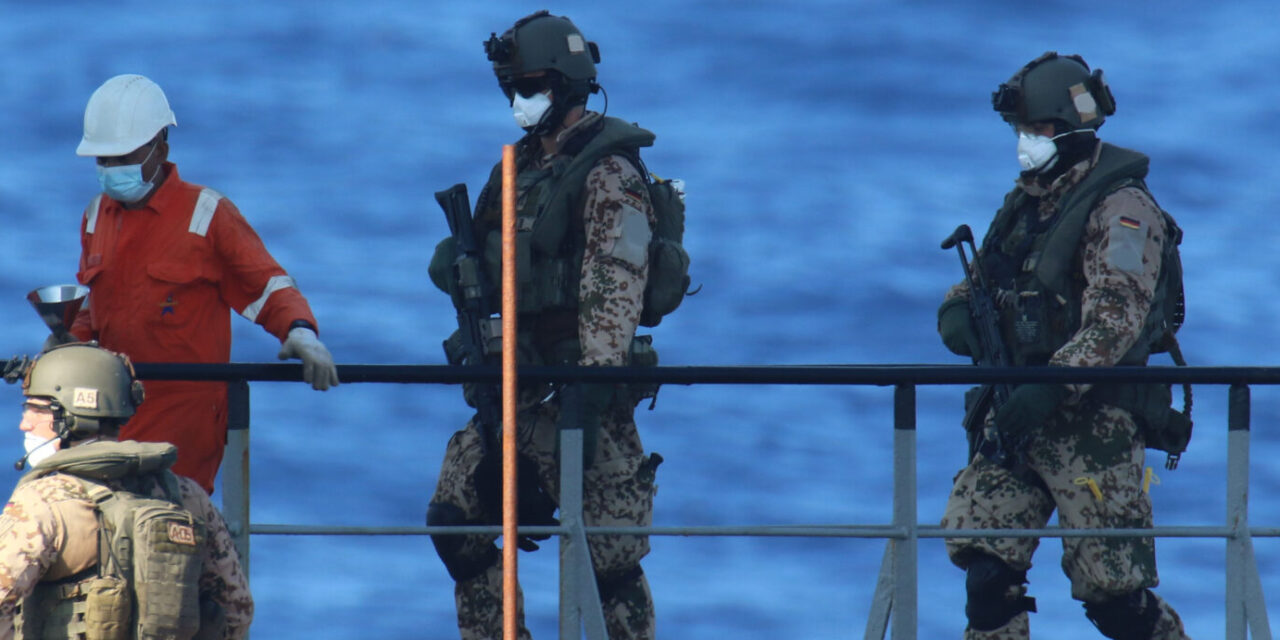 European Union naval authorities recently detained a merchant vessel that was carrying jet fuel from the United Arab Emirates to Libya, on suspicion that was violating a United Nations arms embargo.

In fact, EUNAVFOR MED Irini boarded and inspected "Royal Diamond 7" early in the morning for suspected violation of the UN arms embargo on Libya.

The team boarded the vessel at 7 a.m. in international waters, 150 km north of the Libyan city of Derna (Cyrenaica).

The vessel departed from the port of Sharjah in the United Arab Emirates and was heading to Benghazi in Libya. MV Royal Diamond 7 was carrying a cargo of Jet fuel, likely to be used for military purposes. This fuel is considered as "military material" by the UN and therefore UN Security Council Resolution 2292 (2016) and 2526 (2020) apply.

For the records, the boarding operation was carried out by the German frigate FGS Hamburg with the support of the flagship of Operation Irini, the Italian frigate ITS Margottini.

The Force Commander, Admiral Ettore Socci, conducted the operation from onboard the flagship and has denied MV Royal Diamond 7 access to Libyan territorial waters and is diverting the vessel to a port of the European Union for further investigation.

Irini was operating on information provided by UN Panel of Experts on Libya, which highlighted the suspicious nature of this cargo.

Concluding, operation Irini is a concrete demonstration of the EU’s commitment to support the Berlin process, restore stability in Libya and bring peace to its population.