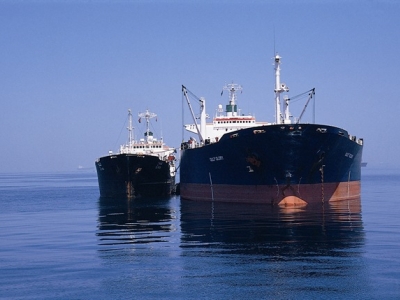 Directive 1999/32/EC re the sulphur content of marine fuels

Directive 1999/32/EC re the sulphur content of marine fuels

The Council adopted yesterday a directive amending directive 1999/32/EC as regards the sulphur content of marine fuels (PE-CONS 31/12). Emissions from shipping due to the combustion of marine fuels with a high sulphur content contribute to air pollution in the form of sulphur dioxide and particulate matter, which harm human health and contribute to acidification. The directive aims therefore to reduce these emissions considerably and to provide a high level of protection for human health and the environment by rendering the most recent International Maritime Organisation (IMO) rules on marine fuel standards mandatory in the EU, thereby amending Directive 1999/32/EC.

The key elements of the directive are:

- In line with the Annex VI of the MARPOL Convention, the limits for the sulphur content of marine fuels used in designated SO2 Emission Control Areas (SECAs) will be 1% until 31 December 2014 and 0.10% as from 1 January 2015. The IMO standard of 0,50 % for sulphur limits outside SECAs will be mandatory in EU waters by 2020. This will also be valid for passenger ships operating outside SECAs to which the current regime of 1,50 % applies until that date. A general cap does not allow the use of marine fuels with a sulphur content of more than 3,5 % by mass within member states territory, with the exception of fuels used by vessels with alternative exhaust gas cleaning systems, the so-called scrubbers, operating in closed mode. In line with the MARPOL Convention the directive provides that member states shall endeavour to ensure the availability of the required marine fuels.

- Aid for investment costs.Since the costs of new requirements to reduce sulphur emissions could have negative effects on the competitiveness of the industry and could produce a modal shift from sea to land, member states may provide support to operators in accordance with the applicable state aid rules if such aid measures are deemed to be compatible with the treaty. Furthermore, the Commission should make full use of financial instruments that are already in place and promote the development and testing of alternative technologies to reduce emissions from ships.

- As part of the effective, proportionate and dissuasive penalties to be set by member states in implementing the directive, possible fines should at least be equivalent of the benefits deriving from the infringements to the provisions of the directive.

- In relation to reporting and review, the Commission should, based on the implementation of the directive, draw up a report by December 2013 and consider in this context further stregthening the provisions of the directive. In the review of the Commission's air quality policy scheduled for 2013, the Commission will consider all possibilities how to reduce air pollution, including in the territorial seas of member states.

The directive shall enter into force on the twentieth day following that of its publication in the Official Journal of the European Union. Member states will have 18 months after the entry into force to adopt the necessary national provisions.


Source: Council of the European Union