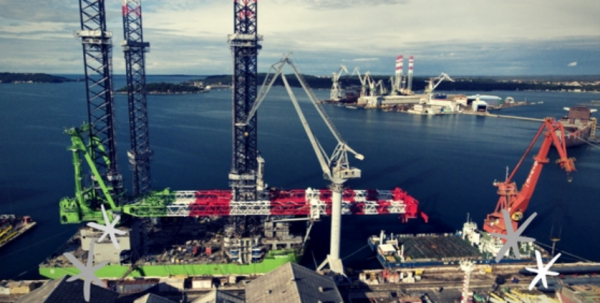 The European Commission decided that the Croatian plans to grant Uljanik shipyard a State guarantee for a €96 million loan, adhere to the EU State aid rules. The measure will enable the company to meet urgent liquidity needs while preparing a restructuring plan.

As said in the announcements, the measure will enable Uljanik Shipyard to pay wages, suppliers and other urgent liabilities over the next months and prevent it from going out of business, while preparing a restructuring plan.

Thus, the European Commission found that the aid is vital to prevent Uljanik from going out of business immediately and avoid significant job losses. Moreover, the company’s liquidity needs over the next months are based on reasonable assumptions and will be monitored by an independent auditor on the basis of weekly liquidity plans. Finally, Croatia will notify a restructuring plan for the company within six months.

After these developments, the Commission decided in favour of the measure, which is expected to preserve jobs in the region of Adriatic Croatia. Moreover, the strict conditions regarding the funds and the short duration of the measure, serve as to reduce the distortion of competition potentially triggered by the State support to a minimum.

Commissioner Margrethe Vestager, in charge of competition policy, noted: “The Croatian State guarantee will help the Uljanik shipyard to continue operating and maintain 1 800 jobs, while they work out a sound restructuring strategy to ensure its future. We approved it today. The restructuring plan must return the company to long-term viability without continued public support, to preserve jobs in Istria on a sustainable basis.”

On 15 January 2018, Croatia informed the Commission of its plans to grant a State guarantee on a €96 million loan in favour of Uljanik Shipyard. The company, part of the Uljanik group, is located in Pula, in the county of Istria in Croatia, and employs around 1,800 people. It has experienced financial difficulties for several years due to the financial crisis on the shipbuilding sector in general, which in turn resulted in low orders for new vessels.