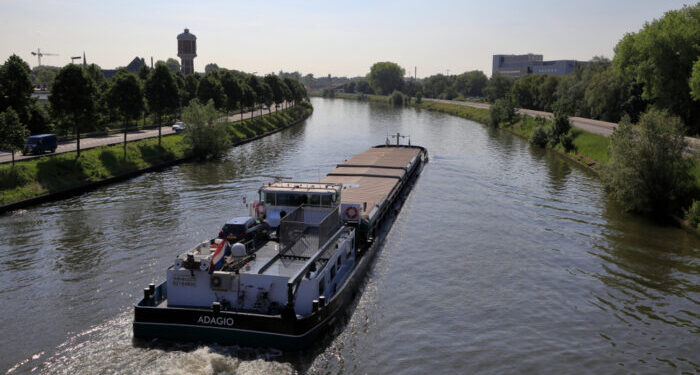 The European Transport Workers’ Federation (ETF) issued a report in regards to the carbon-cutting potential of inland waterways – and how vulnerable they are to climate change.

According to the report, the inland waterways can also play a big part in solving the climate problem – the energy consumption for goods transported on this mode is approximately 17% compared with road transport, and 50% compared with rail – and some organisations with deep pockets have begun to take notice.

It is added that the sectors’ current financial capacity to innovate and retrofit is very thin to nonexistent, making additional external investment essential if the sector is to reach its green transport potential and contribute to the European Green Deal’s goals.

According to the report, while the Inland Waterways Transport’s (IWT) is increasingly seen as essential for an environmentally sustainable future, “we need to stay vigilant and ensure that it becomes socially sustainable. Automation and digitalization are often presented as logical steps in reaching a sustainable future, without reflecting on the social aspects of such changes.”

ETF supports that automation and digitalization cannot be the default setting towards a zero emission future. Instead, a human- and society-centred approach has to be envisaged. To reach that goal, investments in human skills and resources must always be integrated into calls for investments into greening the sector. These should be aimed at re- and upskilling and training.

Priority areas for a green transformation of IWT

The average turnaround time of IWT engines is above 30 years, so huge investments will be needed for renewal and retrofitting. In the strategic Research Agenda, the waterborne sector in Europe aims for an ambitious vision – to have by 2030 zeroemission new short sea ships and new inland vessels. If we are to commit to that goal, we need to commit to truly modernising the fleet.

Limiting fuel consumption and emissions of greenhouse gases and pollutants needs to be a priority. There has been some innovation in the area already. Liquified natural gas, for example, looked very promising, but does not provide the scale the sector needs. The CDNI waste disposal points network’s further development is also key for promoting better waste disposal, as well as the creation of concepts for treating gaseous residues of liquid cargoes are needed. All of these elements should be part of a regulatory framework.

Constant assessment of infrastructural performance needs to be prioritised as well to improve overall safety and navigational efficiency. The global climate changes create both high and low water levels hindering the overall reliability and performance of the sector and affect the safety of the crew.

In line with the aforementioned initiatives, investments in new skills is critical to ensure that workers are prepared and protected in the process of introducing new fuels and their handling procedures.

Concluding, to learn more click on the report herebelow