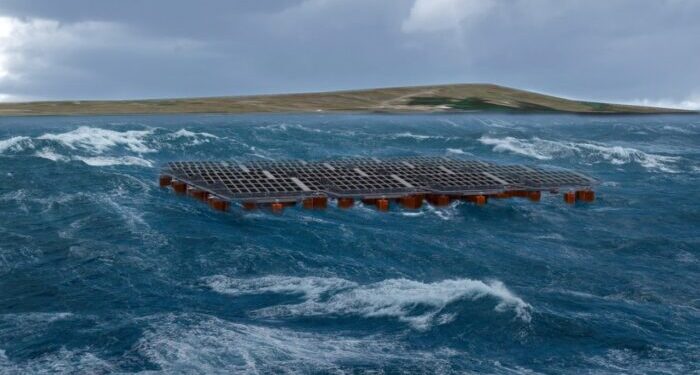 Equinor, offshore wind major, explores the opportunities of wind offshore solar power, as according to the plan it will construct a floating pilot plant off Frøya, aiming to become the world’s first pilot plant for floating solar power in rough waters.

Specifically, collaborating with Moss Maritime, they both goal to build a floating pilot plant off Frøya near Trondheim in the late summer of 2021. It is set to become the world’s first pilot plant for floating solar power in rough waters.

It is stated that the municipality of Frøya has been positive to and is involved in the planning of the pilot plant. Equinor has filed an application with the Norwegian Water Resources and Energy Directorate. Planned to measure 80 m x 80 m, the plant will tower less than 3 metres over the sea surface. According to plans the pilot will be tested for minimum one year.

The concept has been substantially matured, both technically and economically. The floating pilot plant will be an important step on the road towards technology commercialization and an important arena for further development and optimization of the concept.

In addition, Equinor has filed an application with the Norwegian Water Resources and Energy Directorate calling for a test to last a minimum of one year.