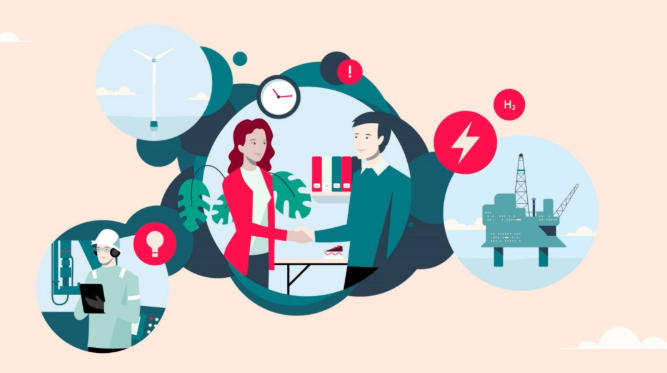 Equinor officially announced its new climate goal to reduce absolute greenhouse emissions from its offshore areas and onshore plants located in Norway. Specifically the company informed that plans to cut the emissions at 40% by 2030, 70% by 2040, and to near zero until 2050.

According to the company, the first phase 2030 target of the plan includes cuts of more than 5 million tonnes per year, meaning 10% of Norway's total CO2 emissions amount.

With Equinor supporting the Paris agreement and a net zero target for society, the company has already brought CO2-emissions in the production process down to industry leading levels.

We are now launching an unprecedented set of ambitions for forceful industrial action and substantial absolute emission reductions in Norway, aiming towards near zero in 2050. This is in line with society’s climate targets and our strategy to create high value with low emissions.

In order to meet the above-mentioned targets, Equinor expects that its operated fields and plants will further create significant value with a potential to generate more than 3.000 billion Norwegian kroner in income for the Norwegian State towards 2030.

Moreover, back in 2018, Equinor's total emissions for the operated fields and plants reported to be around 13 million tonnes while the initial reductions will be realized with the aid of a large scale industrial measures, involving energy efficiency, digitalization and the several new electrification projects at key fields and plants.

Further reduction ambitions towards 70% in 2040 and close to zero in 2050 will entail additional measures, further electrification projects, consolidation of infrastructure as well as opportunities to develop new technologies and value chains.

For the records, around $5.65bn are estimated in order for Equinor and its collaborators to follow the 2030 targets."Collaboration is key to combat climate change. We appreciate the close cooperation with our industry partners and suppliers, and to realise these ambitions we need even closer collaboration across industries and with authorities" the company concluded.