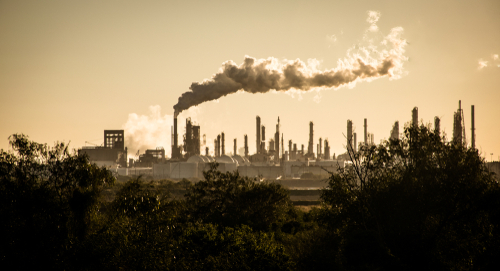 Air pollution monitors at the fencelines of U.S. oil refineries found that nearly half of them last year were releasing benzene at levels that could pose a long-term health threat to surrounding communities, according to industry data compiled by the Environmental Integrity Project (EIP).

According to a new online data map released today by EIP, 56 of the 118 refineries that reported fenceline air pollution monitoring data to EPA in 2021 had annual average benzene readings over three micrograms per cubic meter.

That’s the level that California has determined may reduce blood cell counts, undermine immune systems, and increase vulnerability to disease if people are exposed for several years or more.  Annual average concentrations at 51 of the 118 refineries exceeded this level every year since they began monitoring in 2018 or 2019.

EPA and the oil refining industry really need to do more to crack down on these benzene emissions, because the fenceline concentrations at too many refineries are high enough to pose a potential threat to neighborhoods that are close by

The very highest annual averages in 2021 were at:

In addition, twelve of the refineries last year had benzene readings at their fencelines that were so high they not only exceeded the 3 microgram per cubic meter health threat level set by California, but also exceeded EPA’s regulatory “action level” threshold that is supposed to require corrective action by industry. The action level is set at an annual average of 9 micrograms per cubic meter, after excluding background and offsite concentrations.

Among the 12 refineries over EPA’s action level for benzene in 2021, five were located in Texas; four were in Louisiana; and one each were in Philadelphia, southern Indiana, and the U.S. Virgin Islands.

In a city that has twice the state and national averages of cancer incidence, and in a region that is well known for having a cancer cluster, this should come as no surprise to anyone