by Stamatis Fradelos
in Opinions 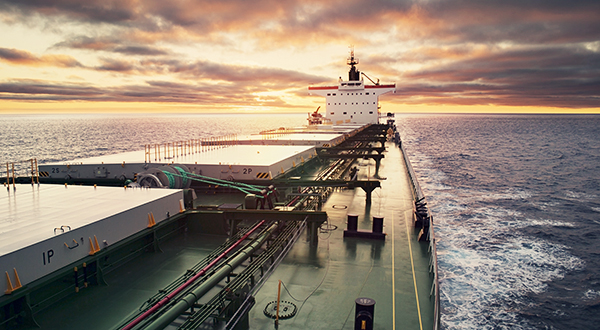 During the  2015 GREEN4SEA Forum, Stamatis Fradelos, Principal Engineer, ABS provided an update on the most important international and regional regulatory developments in the environmental arena that we will have to cope with in the near future, highlighting also the most interesting submissions that will be discussed at the forthcoming MEPC 68 next month

A brief review on the most important International and Regional developments regarding maritime environment will follow:

Starting with the Ballast Water Management Convention, 44 Member States representing 32,86% of world tonnage have ratified it so far. Now, 2,14% more of the world tonnage needed in order the Convention to come in to force. Argentina and Indonesia announced legal preparations for ratification during the recent pollutions prevention and response sub-committee (PPR2) and there are rumours for ratification by Singapore, Finland, Italy and Malta. Six more systems have applied for basic approval and two for final approval by MEPC 68 while the recent MEPC 67 agreed on the following three important elements:

Moving now to the other side of the Atlantic, the BWM Requirements in the United States are more complex. The United States has not ratified the BWM Convention but has established independent ballast water management regulations. Vessels trading in the US waters need to comply with:

However, there are no USCG Type Approved BWMS available yet, there are no onshore treatment facilities and the use of US drinking water is an expensive and time consuming option not feasible for foreign vessels visiting the US. The no ballast discharge within 12 nautical miles from the shore of the US could be a feasible option depending the type and operational profile of the vessel. This leaves owners with two interim options:

Another option is to apply for an extension. Currently the USCG has issued more than 400 extension letters on the sole basis that USCG type approved systems are not available yet. The table below represents the USCG and EPA BWMS Implementations Schedule for compliance with the discharge standards. USCG is going to check the ship’s International Safety Construction Certificate in which the first page indicates the two latest out of the water ships bottom inspections

Additionally, California has two levels of ballast water treatment standards: interim and final.  The interim performance standards, are much more stringent than IMO and USCG.

The final discharge standards are zero detectable living organisms and they will be effective from 1 January 2020. Recently, California completed a review of the available technologies resulting that BWMS are not currently available to meet the California performance standards. California is also working on the development of ballast water sampling tools and protocols and assessing the feasibility of shore-based BWT.

Regarding air emissions from ships, currently there are two NOx Emissions Control Areas (ECAs), the North American and the US Caribbean Sea whereas four SOx ECAs including the Baltic Sea and the North Sea.

The NOx Tier III standards will be applicable to marine diesel engines installed:

The use of dual fuel engines as a Tier III, the NOx Compliance Strategy is under discussion, while we are expecting some clarifications at the forthcoming IMO MEPC 68 such as situations where a ship is required to be in a “gas free” condition to proceed to a repair facility within a NOx ECA and during engine starting, stopping and low load operation where might need to operate in a higher liquid to gas ration and could possibly be above NOx limits.

Regarding SOx emissions, ship-operators will need to cope with the global sulphur cap of 0.5% in 2020 or 2025 depending the outcome of the fuel availability review anticipated to be completed in 2018. A recent development regarding SOx compliance is the EU DG Environment letter (1864634-06/06/14) by the European Commission which accepts the use of a mixture of 0.50% “S” content HFO pilot fuel and LNG BOG as an equivalent within the EU SECAS.

Regarding the Energy Efficiency for ships and in particular the energy efficiency design index EEDI we are currently in Phase 1. The revised ISO 15016 is going to be circulated very soon and it is anticipated to be applicable for ships with sea trials conducted after June 2015. Furthermore we have a debate on the Greek proposal for increase of the minimum propulsion power. Denmark and Japan comment on Greek proposal highlighting issues like:

Further on the measures to enhance Energy Efficiency one of the most important developments was the report by the correspondence group submitted for consideration by MEPC 68. Amendments to the SEEMP are being proposed to include a methodology that would be used for monitoring and reporting of fuel consumption on annual basis. This means that within 3 months of the end of each year (reporting period) vessels should/shall report to the flag administration the following data:

The flag administration would then transfer these annual values to the IMO ship fuel consumption database and an annual data report may be attached to the ship’s international energy efficiency certificate (IEEC). These new proposed measures might be implemented on a voluntary or mandatory basis while there are proposals for the introduction of transportation work to allow analyses of energy efficiency indexes as well. Industry has expressed concerns regarding as to suitability of such operational efficiency standards.

In related regional activities, EU has already published the regulatory proposal for monitoring, reporting and verification (MRV) of CO2 emissions from ships. EU Parliament and Council reached an agreement on a compromised text applicable to vessels above 5000GT, the text recently voted by the EU Parliament and will enter into force on 1 July 2015.

IMO pollution prevention and response sub-committee (PPR2) identified as the definition of Black Carbon BC according to Bond et al[1] and recommended to MEPC for approval as the definition of Black Carbon for international shipping for the primary reason that this definition is measurement method neutral, and is widely supported by the scientific community.  At this point of time not any control measures are considered but voluntary measurement studies to collect data, focusing on using the agreed definition and gaining experience with the application of the definition.

The Hong Kong Convention for the Safe and Environmentally Sound Recycling of Ships (HKC) needs 15 states of 40% world GT with 3% annual recycling in order to come in force. It seems that we are still far away from the ratification noting that As of 10 Mar. 2015, it has been ratified by 3 States representing 1.86% of World GT.

The ratification depends mainly on the 4 major recycling countries India, Bangladesh, China and Pakistan. Ratification by any two of these countries is considered enough to satisfy the third condition of 3% annual recycling. However there are amendments on the guidelines for the development of the Inventory of Hazardous Materials (IHM) on board with specific threshold values now being defined.

The EU has already put in force the Ship Recycling Regulation (EU) No 1257/2013 from 30 December, 2013. According to this EU Regulation, which is generally aligned with the Hong Kong Convention, an Inventory of Hazardous Materials and a Statement of Compliance has to be provided for all vessels above 500 GT as follows:

Moving to the Polar Code, the draft text was agreed by the Ship Design and Construction in January 2014, has been recently amended and it is ready for adoption at MEPC 68. The draft Polar Code includes Safety and Pollution Prevention Measures for ships operating in defined waters of Antarctic and Arctic. It is anticipated that it will be adopted at MEPC 68 (May 2015) and it will be entered into force as early as of 1 January 2017.

Finally regarding the noise from Commercial Shipping it has been recognized that propeller cavitation and machinery are the primary sources from noise. The guidelines for the reduction of underwater noise from commercial shipping to address adverse impacts on marine life have been developed for voluntary implementation (MEPC.1/Circ.833). It is recognized that there are gaps in knowledge at this point of time and more research is needed and Russia has proposed a new item to be included in the work program of the PPR regarding the evaluation of underwater sound radiating from ships. A mandatory regulation should not be expected earlier than 2020.